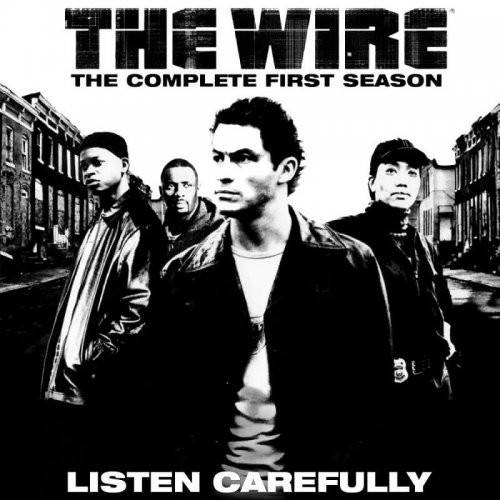 TV sensations – you’ve got to see “The Wire”

Steve and I recently finished all five seasons of “The Wire,” another fantastic HBO Original Series. My God, if you haven’t seen it, this will blow your mind. It’s about the horrible stuff in society – gangs, drugs, good cops, bad cops, homelessness, politics, young people and how they get mixed up in all the bad stuff – all finished with the power of the media and its essential corruption…. it’s not pretty but it is amazing.One thing I can say is that when you start watching this, listen carefully, because the accents and slang are so strong it takes ages for your ears to get attuned, but don’t worry, they will. Season one explores the drug barons in what are essentially the slums of Baltimore and the cops working on the myriad of problems in this chaotic city.

All through the series I couldn’t help but wonder how people can deliver such misery to their own community. The curse of drug addiction is so widespread and so destructive – it’s definitely something more of us can afford to be aware of. I definitely had no idea of the depth and scale of the drug problem within communities – “The Wire” is a great eye opener!

The characters are fantastic, but I’ve got to say that no one is painted in a great light, apart from a handful of the cops; even then, their personal lives are a shambles!! There’s also one “Robin hood” character who we loved, but he’s a ruthless bastard!

The problem with the cops is that they are either corrupt or so politically motivated, or worse, completely unmotivated to solve the problems, that it is equally painful viewing their story as it is watching the dudes dishing out the drugs! Also, for every problem they solve, more crop up. It must be a completely demoralizing profession, and I know why I didn’t become a cop.

The season that was hardest was the one wrapped around a group of young guys and their story. It seems almost impossible for them to be able to achieve anything other than working the corners, selling drugs and learning to kill or die. One of them, who in his heart wanted out, asked “how do you get from here to the rest of the world?” He didn’t make it out because no one was able to show him how – one tried but could never give him the full commitment needed – and thus the problem and the cycle continues.

One area of society that they didn’t explore, and I believe they really could have explored this brilliantly, is the women, and by default the babies and tiny children. There were female characters throughout, but really looking into how this whole society is impacted at the family level could have been a great addition to the series. Maybe seeing heroin addicted newborns was just too much for any viewing public? But they went hard, so why not go all the way?

Not to mention dealing with the single mother statistics, the loss of children due to the ongoing drug wars, family services and its complete inability to effectively deal with the social issues affecting families…. there was definitely a lot more they could have tackled. Oh well, you can’t have everything.

I was bummed when it finished. Only five seasons. Definitely, definitely well worth the time if you haven’t seen it. It really is sensational TV!

PrevPreviousWhat to watch on TV?
NextBloody kids….. emotions were running high this morningNext