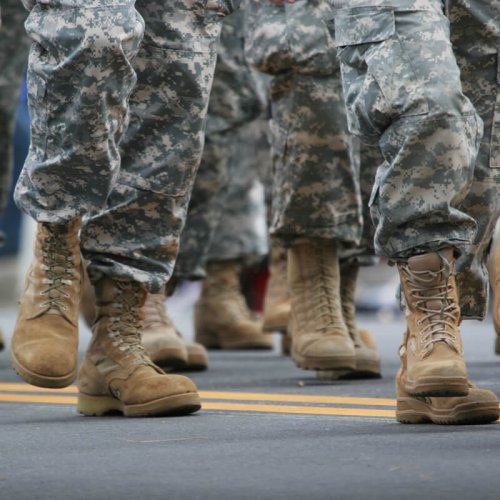 The troops go home – so what now?

It was pretty amazing watching the news this week when it was announced US combat troops were leaving Iraq. I felt relived for the soldiers finally finishing their tour of duty and don’t feel that the timing was wrong or right – I don’t know if it would ever be right? As always, there was a dickhead moment when one of the US soldiers screamed to the camera from the back of a truck “we bought democracy to Iraq”…. um, did you really son?

It doesn’t matter, but I suppose it’s important that he believes that and I honour every soldier who went to war, I just don’t honour the idiots who sent them there.

The TV coverage on the BBC took me back to the time before the war and the tension brewing as the world was preparing to go to war again. I attended a peace march in Sydney because I REALLY didn’t want to see it go ahead. It felt so wrong on too many levels. Most of the “reasons” for war quickly became bullshit and there was a lot of egg on a lot of faces.

I wasn’t completely supported on my “no-war” stance – a lot of people around me believed in it – so it was definitely a mixed time. And while I definitely don’t think that Saddam was doing a great job, I do think that a country has to sort its own problems out if real change is going to happen. I believe that a country gains true internal peace when its people step up and sort out their own problems. But that’s another discussion.

In world politics, it became a moment to choose sides – there was a wrong side and a right side, depending on where you were based. In America, the French were wrong; in France the Americans were wrong. The Poms and the Aussies were on the right side by American standards, but on the wrong side by many other countries’ standards. We saw the world divide down the middle and the whole bollocks about “freedom fries” was a pretty funny side note. When did disagreeing with America impact staple food brands? Actually, are they still called “freedom fries?”

There was some coverage of Bush last night and I’ve got to tell you, anytime I hear that man speak, my skin crawls. I don’t know how the world had a leader of his calibre at such an important time in our history, and I can’t express how glad I am that he’s gone. I used to turn the TV off I hated seeing/hearing him so much – the only person I’ve ever turned off.

But the fall of Iraq was pretty amazing. The scenes of the Iraqis breaking free, pulling down the massive bronze statue of Saddam – although smacking it with their flip flops only made me chuckle. Another “highlight” was the ‘mission accomplished’ moment, with Bush flying in on a fighter jet, his balls snug in a fighter pilot suit.

Then of course, uncovering Saddam in a hole in the ground with Bush announcing “Ladies and Gentlemen, we got him” – classy! I didn’t particularly appreciate that coverage, if I’m honest; I believe everyone deserves dignity – even Saddam Hussein. As for the debacle of his “private” execution – that was a disgrace.

I don’t know about anyone else, but watching the news last night, and earlier this week when that huge bomb went off, killing far too many, all we can do now is sit and wait. Who knows what will happen? For years now we’ve watched militants killing thousands of innocent civilians and anyone else they can get – the primary target, of course, being the Americans and coalition forces – so will they continue? And if they do, why? What is the real motive now? Or will they start healing their broken country and move forward together? It’s hard to hope for the latter because it certainly ain’t a simple situation.

I sincerely hope Iraq finds its way back and that the people can enjoy peace, but like everyone else; I’m on tender hooks wondering where the chaos that is Iraq will lead the world. I certainly don’t believe that what’s going on in Iraq will stay in Iraq. In fact, Iraq offered “the enemy” a staging ground to hurt Americans and its allies, the same that’s happening in Afghanistan, so with that opportunity gone, where will they take their war? I certainly don’t think they’re done yet – do you?

A world at peace. It’s possible. EVERYONE just needs to get sick of war and then we can get on with peace. I hope we’re getting close.