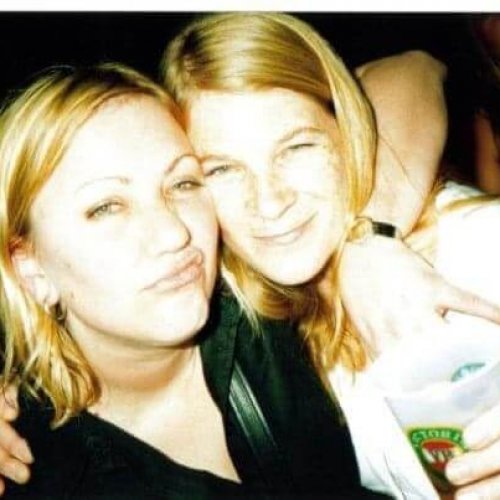 Wasn’t Billy Idol the hottest of the hottest? His voice, his face, his body, his snarl – yummy! I still listen to him and in 2003 I saw him in concert in Sydney. I went with four amazing friends – Lorna, Kirsti, Willy and Juss – and we accidentally had the greatest day, going to the wrong venue, going back to my place so I could change because I wasn’t happy with what I was wearing (drinking champagne all the way), traipsing all over Sydney, drinking, smoking, laughing. We finally turned up at Homebush just in time for Billy and he was AMAZING! His body was a tiny bit saggy (in his 50s after all) but he was sensational and very sexy, as was his lead guitarist. It was rock ’n’ roll as it was meant to be – awesome night! 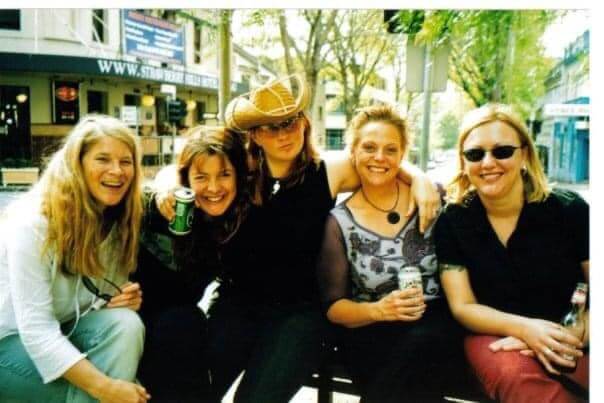 Anyways, an old school mate, Carianne, recently mentioned on Facebook that she remembers me dressed up as Billy Idol at a high school disco, and this was in year 10 at school – 1985. All I can tell you is mate, I looked hot. Spiky hair, clothes, belt – I was cool and I snarled and rocked on all night. Well I thought so…

The best part of the night, though, was when I won best dressed – which was truly a first – and first prize was a full weekend rental of a video player (yes I’m that old) and 10 movies for free. Now just about everyone I knew had a video player by this time, but not us, oh no, no, no. We weren’t usually too far behind on the technology front (but we were always behind), however my Dad took a real stance on not getting a video.

So imagine the excitement when I’d won one – even for a weekend? We had to get the video from a store in Lavington, and when you live in Wodonga, it’s a good 45 minute drive all the way over to Lavington… well back then it was the case, it’s all freeways now. But the whole family got in the car, headed over and I got prime choice on the videos.

I don’t remember what I got, although I’m sure there were some Monty Python and Arnold Schwarzenegger movies in there, and I’m sure my brothers insisted on Chuck Norris and Bruce Lee, but that weekend, for the first time ever, all of us – including Dad – sat down and watched movie after movie. We always went out and did something on weekends, so it was a real change for us.

I should point out, the first few hours with the video would have been spent working out how to get the bloody thing working, and I’m sure there was a lot of sweat and tears during this time – it usually was the case with my family. The important thing with technology was keeping mum away from it. Don’t get me started on to the time we finally got the microwave!! She still can’t use it.

As expected, it didn’t take long before we got our own video player.

But as with all new things, the novelty soon wore off for most of us, but not my brothers! The TV was always on (full volume) featuring crappy martial arts movies, or ‘Shame of the Jungle,’ or those ball busting blokey movies only your smelly teenage brothers like. Unfortunately for me, many of my friends had brothers with good looking mates. Not I. Every weekend an entourage of smelly, dorky teenagers used to fill up our lounge room with their stinking feet and foreskins, and not one of them was bonkable! In fact, one of them stole my mum’s engagement ring, although we could never prove it – not a happy time that.

Ahhh the teenage years… They certainly had their highs and lows!

And you thought this was going to be about Billy Idol.