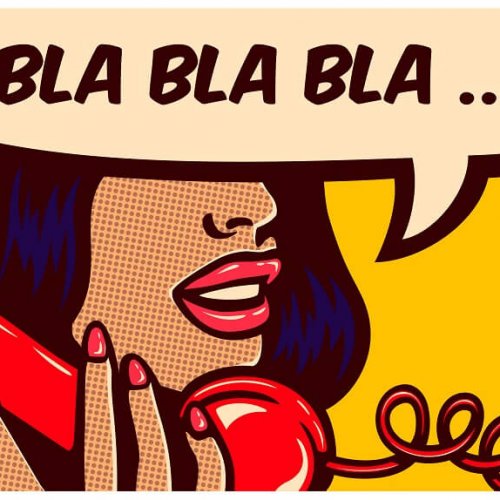 I really hate gossip. I find it extremely dangerous, hurtful, petty and most of the time, the person is completely wrong. It’s like being judgmental – which I also hate – because the gossiper is viewing a situation from a position of lack – lack of knowledge, lack of detail and always a lack of awareness about the total picture of a person’s life.
The saying “you never know what’s going on in a marriage unless you’re under the bed” is so true. None of us know anything when it comes to many people in our lives, and unfortunately, most people don’t seem to care.Anyways, I was out on the street playing with the boys the other day and this chap, let’s call him Kevin for now, was out front doing something. He’s always tinkering around with something. “Kevin” is an airline pilot, on sick leave and every interaction I’ve had with him has been pleasant enough. However, everyone else in the street has told me what a prick he is, but until I see that for myself, I figure I’ll take him on his merits.

So we’re having a chat and Singapore usually comes up. They lived there once and loved that time. Then “Kevin” looks at one of our neighbours’ houses and says, “you know, she was running around with that bloke and others, and that’s the reason their marriage fell apart. She’s a trouble maker.”

I said “Um what? Lex get off that six foot wall and Jax, leave that dog shit alone.”

“Well ‘Kevin’ I actually know that’s not the case. I can’t tell you what happened, because I actually figured it out for myself and promised I wouldn’t share it, but what you are suggesting is very much the opposite of what the truth is.”

“Well nice chatting with you. Better get Lex out of the tree before that thin branch breaks off. Jax get out of the mouldy gutter…”

I think it was the phrase “that’s the word around town” that probably disturbed me the most. I mean, why do people believe “the word around town?” And why, when they say these things, don’t they appreciate how bloody damaging it is? This is people’s lives that are being fucked with after all.

The neighbourhood where we live has about five families who’ve been here for nearly 20 years. At the start, everyone was friends, having BBQs on the street, the kids played together, etc… and then the women all fell apart and they haven’t talked to each other for about 15 years. They all went from a life on the street, to a life living behind closed doors. It makes it a pretty desolate place for us to live some of the time.

All of them now have strong opinions and judgements about each other (which they’ve ALL shared with me) and it’s really rather unpleasant to be around I have to admit. Leaving this community is something I’m very much looking forward to. I know you can never escape this aspect of life, but there is bitterness around these parts that I find quite distressing – I really don’t want anything to do with it.

One and a half weeks and we’ll be gone, never to return.