The Storm Before the Calm

I love Neale Donald Walsch. The ‘Conversations with God’ books was an eye-opener of possibilities for me – ones I hadn’t considered before – and I really enjoy the way he writes. Sometimes authors just resonate with you and he’s a resonator for me. Anyway, he’s got a new book out, but I’ve just re-read his previous one (I think) “The Storm Before the Calm” – a book designed to start a global conversation around the most pressing issues facing humanity. There are many things I like about the way Neale positions his ideas, but the thing I like most is he doesn’t claim to have all the answers. He always makes you think, but leaves it open to your own personal interpretation – i.e what makes sense to you. I think he’s doing good work by challenging people to think in different ways – even if some of his ideas come across as naive in this book – but it’s a starting point.

Of course, he’s not going to be everyone’s cup of tea, and some people downright hate his ideas – hey we’re all different. Also the seven questions he asks in this book have (according to him) pissed people off, because – well I don’t know. Neale says many feel confronted by these questions, and because I’m not confronted, I don’t understand why people are? Are you? Can you tell me why? I’m just curious to know. Questions below. 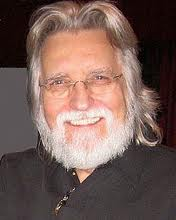 Neale’s work is often considered blasphemous, and in my mind, all early thinking has been labelled this way. As such, I’m open to reading work by people getting labelled with the big B because it tweaks my curiosity. I believe the blasphemous are doing nothing more than challenging accepted thinking, and well, I just like that. I certainly never think there is anything wrong with new thinking, because let’s face it, any belief system we have in the world right now was considered blasphemy in its early days. I often wonder if the Second Coming of Christ actually did happen all the people hoping for this “event” will claim it’s false – because it wasn’t like Jesus had an easy time of it first time round. As such, what millions of people are waiting for right now might actually be denied by them again anyway? So as a suggestion to ensure it’s not missed – perhaps paying attention to anything labelled blasphemy might be a good idea? Just a thought.
Moving on – so you know what I’m talking about, here are his Seven Questions…

I find these questions really fascinating, but the one question that captures my attention the most is: “is it possible that there is something we do not fully understand about life, the understanding of which would change everything?” I definitely think there is and every new discovery that disproves something that was an accepted belief is proof of that. I don’t know the answers to any of these questions, and I am not sure I ever can answer them, but I’d love to discuss it with a group of like-minded and curious people – anyone in Singapore up for a chat? Or perhaps online? But then there’s a Global Movement as well where “The Gentlest Revolution is underway.” I haven’t had time to delve into this site, but I’d like to. It’s certainly a positive message.

So are having conversations enough to change the direction of the world in a positive way? Neale thinks so, and I think it depends on whether or not you believe in the idea of ‘universal consciousness.’ I feel that the existence of this fourth dimension has been proven enough for me personally, but many may think it’s a load of bollocks. That’s the beauty of life – we all believe what we believe based on so many different inputs and our interpretation of them… one of those things that makes life interesting.  So perhaps it is enough to create the world we want – if enough people are feeling the love and thinking the love?

One thing I do know for sure is there is a lot of talk at the moment – the end of the world, the Mayan Calendar, the true age of Aquarius, etc, etc, etc.. but I often wonder if we are entering the next Axial Age? The first Axial Age occurred in the 1,000 years BC and saw significant parts of the world take massive shifts in thoughts and beliefs. This shift marked the beginning of humanity as we know it to this day, as we are still in this age. It’s a big subject – one I love – but it was the age of the early Hebrew prophets, Taoism, Confucianism, Buddhism, Hinduism, Zoroastrianism, but also rationalism with Socrates and Plato. Why the Axial Age started is not fully understood, but many believe the age came about because of a general malaise with life and faith in some significant parts of the world, and I just feel we are coming to that point again. A large percentage of the world’s population aren’t happy with how we’re going right now and we want positive change – which is good, because I believe we’re on the road to self-destruction if we stay the same.

With that said, based on current euphoria in some circles, I don’t believe a new age is going to start on the 21st December 2012 nor is the world going to end. The truth is, throughout history, these changes have taken hundreds of years to take hold, and the current questioning on a global scale started more than 50 years ago. Since that time, the huge divide between opinions and faiths is a sign of success, as it’s the sort of initiative that can only create extremes – it has to right? When essential truths are questioned, many people hold on VERY strongly to old belief systems – us humans seem to be pretty consistent like that. But eventually new thinking overtakes (with generations dying out, major catastrophes, etc..) so perhaps this is what is happening in the world right now? A shift in our beliefs because we’ve had enough and what we’ve been holding on to just doesn’t make sense in the world we live in anymore? We’re growing up a little bit maybe? I hope so.

I obviously don’t know what the right answer is, or if a shift is actually happening, or if it’s all a load of bollocks and we just get born, live and die, but I do  find it all very very fascinating, and this book is a part of that conversation for me. I think there is definitely something greater at play in the Universe though, I just couldn’t tell you what it is. I will continue my search and in the meantime, I enjoyed this book because I love thinking about this stuff – although many times I do wish I could turn my brain off.