I’m in absolute heaven at the moment- we’ve got The Voice AND X Factor on at the same time – both the American versions of course, because that’s how it rolls in Singapore. I find it pure bliss watching these shows and thankfully, my husband is in agreement. Now singing talent shows would be nothing without the judges (and sometimes the hosts), and that’s what I want to talk about today – because what an eclectic bunch of people both shows have on board. 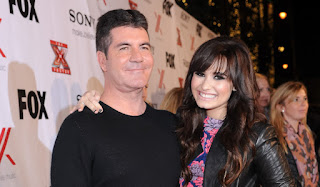 Starting with X Factor USA (our second year ) we have, of course, Simon Cowell,along with L.A. Reid, Britney Spears and Demi Lovato. This is Simon’s show and he is King, but the great thing about X Factor (compared to American Idol), is he has to be nice to at least his own contestants. That’s certainly a turn-up, but it’s even more amusing because this year, awkward Simon has a gaggle of the girliest girls on his team (Fifth Harmony) and it’s very amusing watching him do the back-pat-cuddle-thing with his little ladies, while they talk about God. He also has a boy band – Emblem3 – a band Steve HATES – but win or lose, these bouncy, bubbly, surfy boys are going to be a success, because the girls love ‘em. There is no question Simon knows what makes America tick, and even though he is biased on the X Factor, I do enjoy him.

Side-to-side, head-bobbing, super-bitchy L.A. Reed is another favourite, who is often honest and unforgiving in his criticism, but sometimes things have to be said. I think I like him. Demi Lovato is someone else I have come to admire through this show. She’s not a silly girl, is obviously intelligent, and while I wouldn’t know her music if I fell over it, she’s a goody. However, I’m wondering if she will be sacked by Simon for being a little too in his face? Time will tell. My only criticism of Demi is her fashion sense. Sometimes she looks beautiful and other times she dresses like an old maid – I’m sure she’s got someone giving her advice – no? 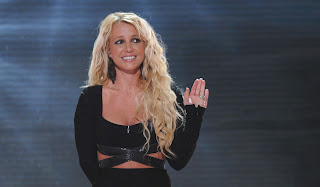 But Britney is a stand-out on the judging panel for me. I am not one of these people that hate her because her music is trite or her life antics incomprehensible. I couldn’t care less and have no idea what “being Britney” would be like. I did, however, go into this show hoping she’d show the world what she was made of. All I can say is she hasn’t. From her asinine comments, pursed lips, little claps, lack of expression, lack of emotion, repetitive praise, etc, etc, etc, – it just makes me think –  what? I wanted to love you Britney, but you’re making it hard. Paula Abdul actually looks good by comparison – from a verbal point of view – and that’s saying something! But you’re obviously doing a good job with your teens – which is evident, I just know you less than I did before – and that’s saying something for these shows, because there’s usually nowhere to hide. 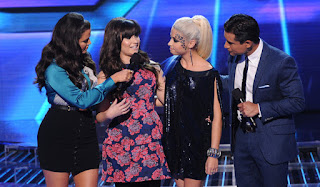 But the standout of X Factor HAS to be the hosts. Mario Lopez is good – a seasoned veteran who keeps the show running with the right words in the right spots. Khloe Kardashian Odum is another story. Now let’s look at the positives – it’s nice to see a Kardashian actually working for a living, yes? On the negative side – where the hell did they find her? She absolutely has NO idea what she’s doing, her comments are awkward to say the least, and while Mario tries to be subtle, his regular double-takes on her verbal blunders is amusing. Khloe doesn’t seem to have any sense of the emotions involved in a show like this, often shoving the microphone into the face of a 13 year old contestant who is devastated because she’s just been eliminated, only to ask the poignant question: “why are you crying?” Shit Khloe, I don’t know, the kids dream are in ruins? Both hosts have also taken a long time to bond with the contestants, because they weren’t involved from the beginning, and that makes them both seem insincere. They’re definitely warming up, but it’s taking time. My main observation as a viewer is that Khloe just doesn’t seem to get what it’s like for a normal person to have their dreams crushed. A sign of the weird life she’s lived I suppose – no sense of reality? It seems others are in agreement they’re not so good together.

One funny thing about Khloe (and Britney too) is a contestant called Vino. He’s brilliant – a rough, tattooed bloke who’s got a cracking voice. He OBVIOUSLY makes a lot of the girls very uncomfortable because of how he looks (and Britney appeared extremely uncomfortable around him), but my chuckle always surfaced when he’d grab Khloe tightly around the waist during judges feedback. It’s a shame he was eliminated recently, because the eye-bulging, strained face and tense body of Khloe sure did give me a giggle.

Check out Vino’s clinch at 6.39 seconds. Not her best eye-bulge, but he always swoops in on Khloe

Moving on, we are also watching The Voice (for the first time) and I can’t believe we haven’t tuned in before! It’s an awesome show and the contestants are truly amazing, including some very eclectic talent! The music aficionados I know would definitely enjoy the quality of the talent if you’re not already watching it. For me, this is the first singing competition where all of the judges are nice people and obviously have respect for each other – they’ve essentially got a good vibe going, which is a nice change. Secondly, none of the judges are arseholes to the contestants and thirdly, Cee Lo Green – man, you are one quirky dude!

Besides the sexual battery charges (and I ain’t going to say anything about that because who knows what the real truth is) – have you noticed how small his hands are? Tiny, tiny, tiny! You know what they say about small hands! But add to this his collection of animals (a pink cocky and a white fluffy cat), his bling, his clothes, and so much more – he’s a bloody hoot!! What I like about Cee Lo is he has the greatest smile and he has the most eclectic taste in music – Team Cee Lo definitely has some of my favourite performers. But the best thing about Cee Lo is the constant sideshow commentary from my husband, including the family scene in Nutty Professor “Cletus, Cletus!” and Donkey from Shrek: “I’m just not ready for a physical relationship” – all in the appropriate tone of voice. Seriously, you’ve got to hear him to believe it, because it’s the way he speaks that’s the real hoot – “you’re just an incredible life force in the music industry,” or “the physicality of that performance left me feeling joyous.” (My interpretation of course.)

I can’t find any of his verbosity on YouTube, but found this recent cracking performance he did with Kermit the Frog. It’s worth a look.

The other judges are great too. Adam Levine is obviously popular with the girls, and while I can see the appeal – he’s got a cutesy smile for sure – he’s not my style. Blake Shelton, on the other hand, is definitely my style and just comes across as a really lovely man.  But it is Christina Aguilerawho I am truly impressed with. I’ve never been interested in her music I have to say, but boy can she sing. I also love everything she stands for and the fact she’s swinging her booty and telling the world to fuck off because she’s happy in her own skin – well bloody good on her I say! I mean, check out the photo in this link – does this look like a fat chick to you? I think we need to reassess these things, I really do, let alone the fact shopping with your son is news?
The only thing I HATE about The Voice is Tina in the Sprint box – my word she’s bloody annoying – but the host Carson Daly is terrific. I definitely love ‘The Voice’ – probably more than any other singing show – because from the beginning, it’s about getting past stage one purely on the quality of your voice. That means great talent, who wouldn’t get past the audition stage in other competitions because of how they look, get a chance on the world stage – and the quality of these people is phenomenal.
I love singing competitions. Watching people chasing dreams is happy TV time for me.

Anyone else digging either show?

PrevPreviousThe Storm Before the Calm
NextAdvice…Next