Seth Godin recently published this blog. Sometimes he hits a real chord with me, and this is obviously one of those times.

People mean well, especially friends and family, but they’re going to give you bad advice.﻿

This leads to two challenges as you strive to create original work that matters:

1. Ignore their advice, even the well-meant entreaties that you stick with the status quo

2. Try to discern the actually useful good advice, so you don’t insulate yourself in the bubble of the self-deluded. In general, this good advice pushes you to go faster, or to do things that make you uncomfortable.

PS the irony of this post is not lost on me.”

I deffinitely agree with him, however, there’s a further aspect to this discussion I often think about – which is obviously not about work exclusively, although it still counts. When people give advice, they give it from the perspective of their own experience, and this experience can include fears and anxieties. So, for example, if you ask someone for advice on something they could never imagine doing in a million years, they’re not going to be able to give you useful advice. How could they, when what you are proposing actually frightens the shit out of them? I believe you’ve got to be really selective in who you ask and make sure it’s someone who actually understands you, as well as knowing what drives you.

I’ve had a lot of people give me advice – some asked for, but some offered uninvited. I’m always very careful who I ask for advice, because it has to come from people who can offer me the best advice based on who I am, as opposed to who they are. It’s not that I don’t respect people’s opinions, but on the occasions I seek help, then I want to get the right help.

A great case in point was pregnancy! Man oh man you get advice from every man, woman, child AND their dog – but most of the time, you’ve never even met them before! I remember leaving one dinner party in tears (pregnant and sober) because people I’d just met gave me advice that frightened the shit out of me. When we got in the car Steve said: “babe, enough. We are not listening to anyone else about pregnancy, child birth, or child raising unless we decide they are someone whose opinions we actually value and are people who will be similar parents to us.” He was right, and we were very selective after that, but pregnancy is a special kind of advice-time in a gal’s life, because everyone is a beginner there! But by stepping back and only taking advice from certain types of people, it definitely took a lot of fear out of that time for me. Phew! 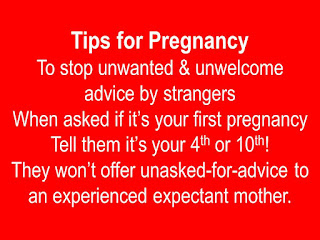 But then, going further back, as a teenager, I had a lot of people giving me advice as well. I was growing up, finding out who I was and I wanted to try new things, see new things, and experience new things. As such, I asked the people in my life what they thought? In many many cases, people tried to discourage me from doing what I was proposing, and I thought “Hmmmmmmmm – oh well I’m going to do it anyway.” Stubbornness has always been a trait.

The thing is, when I succeeded it made the advice I was given confusing because it made me question why they gave it to me in the first place. From where I was standing, what I achieved was worth the risk, so why did they try to discourage me? It’s obvious – they couldn’t do it or conceive of it (for whatever reason) – so their advice was in alignment with how they were feeling and had nothing at all to do with me. I was, quite simply, asking the wrong people. For me, life has always been about going for it and seeing what happens, because even if it doesn’t pay off, it doesn’t matter, because I get the gift of a lesson learned, so no matter what, I gain.

Anyways I liked this blog, because advice is such an interesting thing to seek and take on board – but more than that, it is also something too freely offered in our world. I believe it is only relevant if it’s targeted to who you are, as opposed to coming from the perspective and experience of the person offering the advice, and all of what that entails. Shit, I don’t even take Steve’s advice much of the time – something he’s had to learn to accept as part of this marriage partnership malarkey, but then, I don’t expect him to heed mine either. You’ve got to do what you feel is right for you at the end of the day.