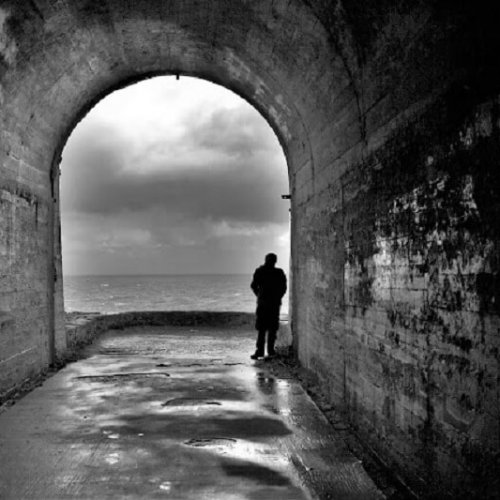 The power of the mantra – breath in love, breath out hate

If you’ve ever done meditation, mindfulness, yoga or anything similar, there’s a strong chance you’ve been asked to breath in love, breath out hate – or a variation – as part of the practice.
The Love/Hate one has been my most consistent over many years, but it was only very recently that the idea of breathing in one, breathing out the other really entered my body in a deep and powerful way.
It happened when a friend asked to spend some time with me. We hadn’t really spent much time together over the years, mainly because my friend had become so angry with life, it was challenging to be around them. We never lost touch, but there had been a growing distance between us.
Sometimes you can’t control that distance. I have also noticed that sometimes your very beingis something friends don’t want to be around if they are not in the right place for you. I always accept that – even if it does hurt sometimes.

Wanting to get rid of the anger

But my pal recognized that they were sick of being angry and asked me if I’d be willing to spend time with them, as well as be open with them, because they were determined to become a better version of themselves.
Now I don’t claim to be a person who can help anyone in this situation, but we’d always been close, and more importantly, I dearly love this person. Equally, their willingness to face themselves – which is the bravest thing anyone can do – as well as the fact they wanted to spend time with me on their journey, well of course I said yes.
I didn’t know if I could make any difference, but we booked the time in and got going.
Don’t get me wrong, I WAS reticent – this is hard work, frustrating work – but after the fact, I have to say, I found the whole experience completely life changing for myself too.
As I listened to the pain of another’s life, I heard so much anger that had been kept inside, brewing and poisoning their body for DECADES. It can be a brutal thing to face your own history and the actions that caused the anger to rise, and it’s equally hard to walk through another’s pain with them. However, sometimes that’s what people need – someone to stand witness.

Breath in Love, Breath out Hate

Getting rid of anger

I got rid of my anger a long time ago. There was a lot of anger around me growing up, and anger seemed to be accompanying me in life, until I found the space for silence. I spent years in complete separation from my childhood community and just this was incredibly liberating (another whole topic for discussion). It gave my mind and soul space to think and reconnect. To work out who I was, in isolation from other people’s ideas and opinions.
I also met new people. Different people. Powerfully influential people for me personally.
As an example, I met people that lived their life with delight at the core. And I mean they really lived it. I’d never met these types of joyful people before. So free, easy and fun. It was amazing to be around them. To know it was possible. They made me lighter.
And I met a diversity of people. All countries, cultures, religions, wealthy, poor, and more. Just this blew apart everything I’d ever known. The ideas and philosophies it exposed me too…. Man, how lucky am I to have had the gift of so much humanity in my life?
Most of this journey started in my 20s and it gave me the chance to really look at what anger was, how it can take hold, but equally, that it didn’t even need to be a part of my world anymore. I could be free of it.
And because of that, and so many other experiences, I’ve worked really hard to get myself almost completely anger free. However, more importantly, I am COMPLETELY hate free.
I mean it, I have no hate in me. I don’t hate anyone for anything. No one! And don’t test me on that, because not everyone appreciates where I can go with it. I mean, just read the blog I wrote a few years ago about Lex being abused at kindergarten. I didn’t hate the abuser. I felt sad for them, because I knew that to do what they did, they must have been very hurt in their life.
And please, don’t ask me how I would feel if that situation was worse, because I don’t know. I only know how I’ve reacted to negatives in my life to date. It’s always possible harder tests will come, but then, I don’t live in fear. I just can’t. I will face whatever I have to face. That is the journey of life. I accept it.
Also, don’t get me wrong, this doesn’t mean I’m free of negative emotions. I have regular experiences of despair, hopelessness, lack of faith in humanity, deep deep sorrow, and so much more. It is impossible not to feel intense emotions, because we live in very intense times.
As a result of all of that, I have discovered the important thing is to let yourself feelwhatever emotion you need to feel, and as quickly as you can, let it go. Release it. Send it on its way. I’m getting better and better at that. It’s truly liberating. 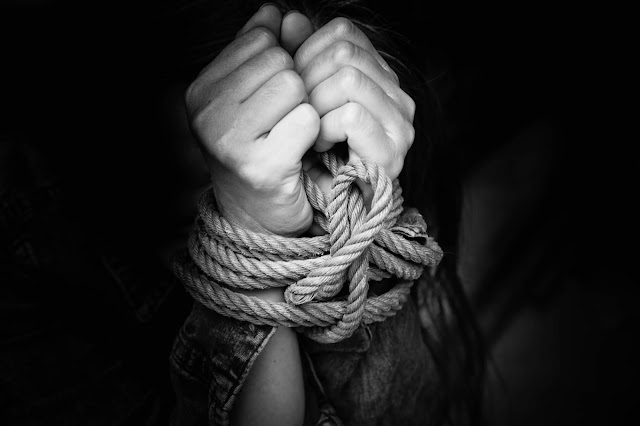 But what does make me angry?

When I do rise in anger – which is rare – it’s always about powerlessness. Injustice gets me going, people speaking like shit to those they see as beneath them…. That gets me going too. And of course, messing with my family. Yeah, I’ll get angry about that.
But letting go of anger quickly is what matters the most. When I rise up, it’s only temporary. My hubby, Steve, is surprised if I’m still angry about something two weeks after the event happened. He knows I usually let it go much much faster – like, within hours. I let it go because I don’t want it in my body. It’s not serving me to hold it in there.
Some people will never be able to let go, and often, when I hear what people are angry about, I realise that the deep root of all anger is some level of shame or fear. And both are brutal – even if it’s something you are not responsible for.
My short-term anger in the Lex abuse situation (which was long for me – I was angry for about six months after that) was definitely linked to shame. I was ashamed of myself, because how could I have missed it? How did I not know? Yeah, that was a shit time….

The power of self-awareness

Obviously with all emotions, the key thing is self-awareness. Recognizing the feeling you are holding in your body and understanding why it’s there/why you feel it. Just this can help you on the journey to letting it go.
Because no matter what the emotion is and who caused it, learning how to recognise it and then letting it go is critical – not for them, but for yourself. Some of the pain lies deep within, and it’s super hard to let it go, but if you can, you will give yourself a gift.
Equally, sometimes the things people are most angry about, only live within them. The people who caused it are long gone and don’t even give that moment/series of moments a second of thought. This is frustrating to the one suffering, but it also means the person who was hurt is completely alone in experiencing this pain.
And that’s what I wanted to help my friend. To step away from this lonely pain, that is rightfully there, but has made their life unbearably hard and unhappy. I want to see this person happy and free. They deserve it.
But they can’t hold onto that pain and be happy. The two can’t co-exist. They have to fully breath it out of their body, or it will be there, poisoning them, all of their life. 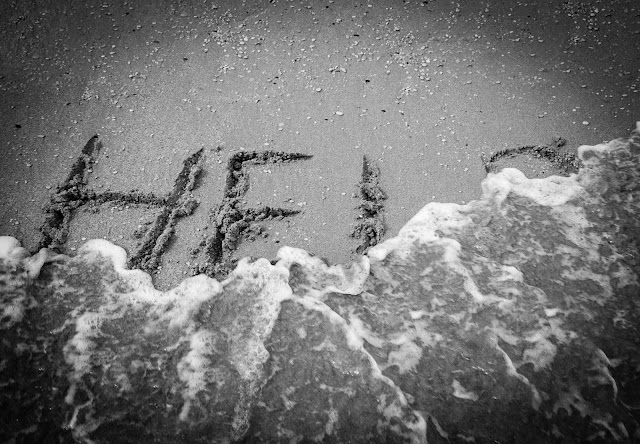 Let’s help those who are hurting

And that’s the problem with bullies, abusers, and fools. They leave so much human wreckage in their wake and move on. Most have no idea what they cause, many do, of course. Many live to cause others’ pain. But that’s because they are hurting too, and they don’t want to be alone in that pain, so they inflict it on others.
I truly believe that if we could help those who have been on the receiving end of any form of abuse, if we can help them escape their torment, well I reckon it could contribute a lot to making the world a better place.
Of course, the tormentors need help too, but let’s start with those who have been screwed up first, rather than judging or jailing them…. Which is basically what we’re doing now.

Let’s start seeing each other

I really believe we’re not seeing people. We’re not seeing the pain so many of our fellow humans are in. We’re not feeling compassion or empathy for our fellow man or woman. And my word we need a lot of that. People in pain want to be seen. They want to be free of the pain. We can do that. We can help them. We can build a better world for everyone.
For now, breath in love, breath out hate. When you let the hate go, really go, you are giving a gift to yourself. Not to those who have rightfully earned your hate. But they need to stop living rent free in your head. They don’t deserve that space. And you deserve some peace.
Well this was a very hard blog to write. I hope the essence of what I’m attempting to say comes across. This is NOT easy stuff, but I find we’re not talking about it enough. We need to talk about it and then we need to change it.
I wanted to share this because I have been on the long journey of letting go. I know it can be done. It’s not easy but wanting to be free from anger or hate is a really good place to start.
Anyone else managed to escape anger? Or dealt with a similar situation?
Yours, without the bollocks
Andrea
Part of my 50 Years #50 Wisdoms journey. Join me as I hurtle towards 50 on the 1st of January 2020.
Thank you for reading my ramblings. My brain and heart are a work in progress, always. I’d love a comment if it stirred any thoughts or feelings and of course, please feel free to share it with anyone you know who might be interested or entertained. I sure do appreciate it when you do. If you want to connect, I’m on Twitter here, Instagram here, YouTube here, and Facebook too. I share loads of stuff, not just my own xxxxx

Want to build a professional presence online? Check out my e-learning course How to build a rock star personal brandtoday. I put all of my heart into this.

PrevPreviousI never want to embarrass you about plastic, but I don’t know how to say it any other way
NextTraveling Europe with preteen boys alone… a few thoughtsNext