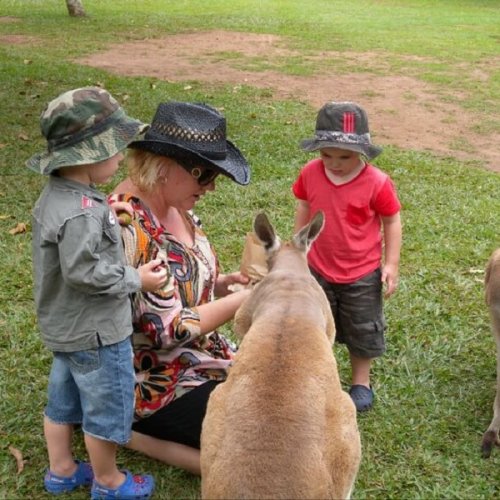 Anyone who’s become a Mum knows how bloody intense the first few years are. It is an amazing time but it is also the most relentless experience I have ever had. My boys are now three and a half and two and three months and they are go go gadget kids. 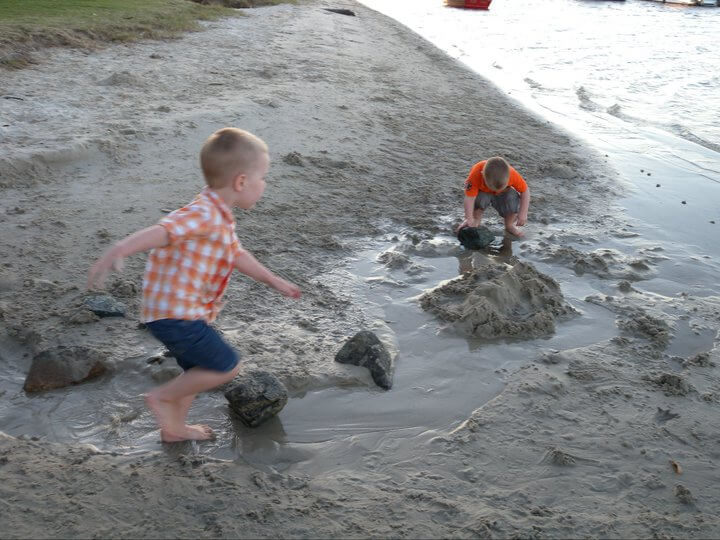 I love them for their spirit and fire, but I gotta tell you, it can be so exhausting and repetitive that it does my head in. But that’s life for now. Not sure how many more years I’ve got, but it is what it is for now. I have definitely accepted my reality but there are certainly days when I struggle…I haven’t really had time away from my boys since they were born. We’ve wanted to give them comfort and security in their early years and that has meant a long road of early wake ups, night disturbances, sickness and snotty noses, and much much more without a day off – nothing unusual in that!

We also don’t have any family close by jumping in to give us a night or a weekend off, so we haven’t really had the chance to take a break together or individually. Except for my husband’s business trips, and they are many, and that means I’m often home alone on the front line with two demanding little lads.

So it was my 40th birthday on January 1st and my magnificent, thoughtful and beautiful husband decided to gift me with a six day trip to Singapore by myself, flying business class of course. All I could say was no darling; this is not a good idea. However Steve was adamant and really wanted to take care of the boys by himself and there is not one bit of doubt in my mind that he can handle it, however it’s exhausting being with both of them, especially with a weekend in the middle. But he insisted and I was ready to go, then I had to cancel because Steve got pneumonia.

We rescheduled to May and there was a lot of anxiety building up to it. I know how bloody hard it is and I didn’t want to see Steve put himself through it. At the last minute a mate in Sydney – Bronnie – said she was coming up for the first few days so hooray, at least it wasn’t the entire six days on his own.

I went with a heavy heart and every time I tried to say “come on Andrea, just go and have fun” I’d find myself welling up in tears! So I got on the plane and drank champagne, wine and cointreau, ‘cos nothing else was making me feel any better, not that alcohol did, but hey, I could.

My beautiful friend Carina came to pick me up at the airport, which was SO lovely, and then I had a wonderful 24 hours hanging out with her and her little lad Adam, who was nine months old when I left and now almost two. He’s adorable.

The Friday night I met up with some fantastic old pals and said tonight I want to get drunk – join me if you dare! And I did finally cross the threshold of sobriety and even managed a few staggers along the way! I got to bed at 4am.

The next day I woke and felt SHITHOUSE! So I had some water and went back to bed. Around 2pm I woke up still feeling like crap, but dragged Suzie out to Little India. Little India in Singapore is a chaotic crazy place and I love it! However, within 30 minutes of arriving, I had to leave because I could hardly walk. Also my throat had also swollen up so much I was finding it hard to breathe. I knew now that I didn’t have a hangover.

I sms’d my dinner companions and said I was lying down and would be late but when I woke up I knew I had to cancel. I managed the Sunday Brunch – a Singapore tradition – but had to leave pretty early and probably only managed two champagnes. That wasn’t the plan.

I finally went to the doctors on Monday and they said I had a bacterial infection and put me on a mega dose of antibiotics. I still managed a few catch ups, but the reality was I was so sick (and potentially contagious) that I didn’t really want to be around anyone, especially friends with small kids.

So my BIG break was spent in agony and it was a relief to get on the plane and come home. While I was away, my little lads had both come down with it and Steve had a hell of a job on his hands making sure they were all loved and medicated up! As soon as I walked in the door on Tuesday night, Steve relaxed for the first time in six days and then he went down hard, and is still recovering. He seemed to get it worst of all and we’re all tired and over being sick.

I don’t want to have another break from the boys. Not until they’re a bit older and can understand. They were miserable without their Mamma, and even though they were in the most trustworthy hands on the planet, it’s not how we want to raise our boys. Right now, they need their Mum and Dad so no more stuffing around. I know I need a break sometimes, but their little spirits are just forming and if we want them to be confident men in the world, we believe that it’s what we do now that is most important.

But if anyone wants to come and stay and play with the boys, all are welcome! That’s the best break we can get right now!!