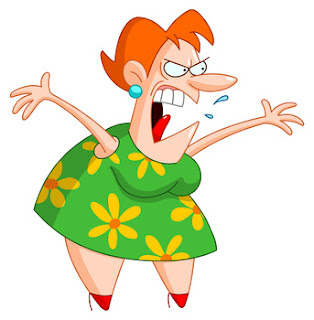 Imagine my horror the very first time I felt feelings of dislike towards my children? To say I felt like the worst Mum in the world is an understatement, but then I got over it, and have accepted that this is life with two rambunctious little lads. They push me HARD every day, and I cannot claim any sainthood in the parenting department, because patience is a rarity in my make-up. Even though I try desperately hard to be patient, sometimes they just push me over the edge into a screaming, teary maniac.


The current feelings of dislike stems from two things: The first is we had some wonderful visitors over the last weekend (JB and Bronnie), and when visitors come to stay, we eat out more. When you eat out the choices are limited, which means the boys consume more sugar, MSG, additives, preservatives, etc… We know the bad behaviour is coming when we expose the boys to crap food, but we also acknowledge we can’t protect the boys from the world. So when people come to visit, we accept this aspect, keeping things free and easy, and just get ourselves braced for impact. There’s no denying it – when my boys eat crap food they turn into bloody monsters, so their diet is very carefully controlled and full of goodness 99 per cent of the time. It’s good for their sanity and it’s good for ours, because Steve and I also suffer the impact of crap food. We know it’s real.

The second challenge is spurts. Jax is definitely having his four year old testosterone spurt, and according to Stephen Biddulph’s “Raising Boys”- this is the equivalent release of testosterone a teenage boy experiences when going through puberty. It’s FULL ON and he’s constantly challenging us, arguing with us, being more physical, and just being a belligerent little turd. He also has “convenient deafness” in the mix (you know when it’s good for him, he listens, when it’s not good for him, he ignores), which is also linked to growth spurts, because according to Biddulph again, our little boy loves do experience some element of deafness when they go through growth spurts as well. Suffice to say, Jax is hard bloody-yakka at the moment, and we constantly have to find the balance between letting him win some of the wars, while we win the important wars. And all the while I’m just wondering where my peaceful little lad has gone?

Lex, on the other hand, is going through a development spurt. He had his growth spurt a month or so ago and we enjoyed all that came with that… However, as a speech delayed child, development spurts seem to include regression, where he goes back to the really annoying shitty behaviour that used to be the norm, and this is because he’s taken on board so much knowledge that he’s become frustrated and he acts out to vent this frustration. He just needs time to digest and practise what he’s learnt – which usually takes a couple of weeks (sometimes a month) to kick in – and then we have our beautiful little boy back. At the end of these outbursts, Lex will have more words in his vocabulary, he is more co-operative, and just seem more at peace in the world. Come back Lex!

Two lads – 15 months apart – almost guarantees ‘spurt overlap,’ and when it does, all hell breaks loose. Steve and I work really hard to be patient and loving during these times, but we ain’t the earth mother and father. We’re just two people trying to make it work within a family mix, not always understanding exactly what is going on in our kid’s heads/bodies, all the while dealing with our own life challenges, and sometimes, we just don’t like them very much.

Can anyone else relate?