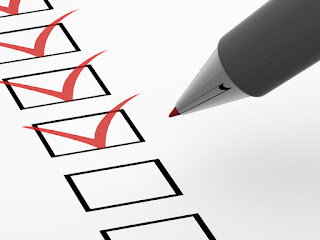 So it’s January the 31st which  means I’ve been focused on my personal “Fuck it, Enough” crusade (or changing my life one step at a time) for a month, and I have to say, it feels good. Many of the things I’m doing have been on my list of things I’ve wanted to change for such a long time, so putting my stake in the ground and going for it has felt very empowering. As such, I’ve had a really positive month, where I’m excited about the future, and while I have no doubt that some of the things I’ve done could have contributed to an overall improvement in my feeling of wellness, I think it’s my determination to do this that has had the biggest impact on my mindset.
I’ve also had some incredibly supportive comments and conversations with people all over the world (some of whom are going through or have been through some horrendous shit) and they are also launching their own “Fuck it, Enough” crusades – which is incredibly awesome. Most people have something they want to change in their lives, whether it’s losing a bit of weight or changing a crippling mindset they’ve identified that limits them.
The reality is, every day I talk to people who want to change something, but for some reason, it’s really hard to do – which was exactly me before January 1st2013. It’s hard making changes, because it’s so easy to keep going as you are, but I can assure you (with my month’s experience behind me J) if you are able to focus on changing the things you’ve been wanting to change – no matter how small – it feels brilliant. Like I said when I launched my FIE crusade, there is much I can’t change that is doing my head in, but while I’m working on those challenges, it’s nice to be in control of the things I can change.
I’ve spent a lot of time thinking in the last month, and obviously before that, but the one thing I’ve known for a long time is us humans are really terrific at lying to ourselves every day. We tell ourselves we’re alright when we’re not – we often need a big health crisis before we make a change. Many of us ignore symptoms that creep up on us and get used to feeling lethargic or uninspired. We just accept it. Taking life by the balls is not easy to do, it takes real resolve and then a lot of discipline, so I’m just pleased I’ve been able to cross over from accepting the status quo that wasn’t making me smile, to taking control of the things I can change and being committed to it.
I’m obviously in this for the long haul – which is why I went public with FIE – really working to change habits and mindsets that I believe stop me from reaching my full potential. That’s all I want to do – be the very best me I can be in every way. So I wanted to share my focus areas for January and what I’ve thought and achieved so far. 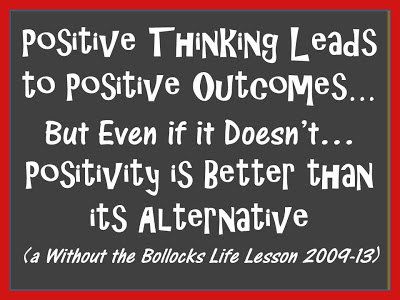 I did a lot of additional thinking this month, and realised new things I needed to address in the mix. I applied being busy when I could feel my happiness slipping, I recognised things that make my life harder and need to be sorted out for my own peace of mind, I reflected on the amazing things I’ve experienced in my life which gives me perspective and appreciation, I’ve read some interesting books, and I celebrated eight years of marriage to the love of my life – as my husband loves to say (yawn!) you get less for murder.
So it’s been a great start. I am absolutely determined to keep going, and tomorrow will share my actions and thoughts focus for February if you’re interested. I hope you enjoy having a human guinea pig for my little experiments!
Has anyone else made any big changes they’ve wanted to do for some time and are happy to share? I’d love to hear them??
Yours, without the bollocks
Andrea