In recent days, the Prime Minister of Australia declared boat people will no longer be welcome in Australia, and if they head that way, they’ll be settled elsewhere for “processing”. I have a lot of mixed emotions around this news, but the one over-riding feeling is a deep sadness – a sadness that my country has lost compassion for people most in need. Not just the government, but the citizens of Australia declaring their support for this move – with “good on ya” and “they’ll steal our jobs.” It’s just left me feeling so so sad.
I think it’s important to differentiate between an immigrant and a refugee. Immigrants come to Australia in their thousands every year – something I love, because it makes it a richer country. Sure there can be problems, but on the whole, it’s pretty peaceful Downunder and my home country is richer for it. A refugee is different – as defined by the UNHCR here:
“A refugee is someone who has been forced to flee his or her country because of persecution, war, or violence. A refugee has a well-founded fear of persecution for reasons of race, religion, nationality, political opinion or membership in a particular social group. Most likely, they cannot return home or are afraid to do so. War and ethnic, tribal and religious violence are leading causes of refugees fleeing their countries.”
In Wiki:
“A refugee is a person who is outside his or her country of origin or habitual residence because they have suffered (or fear) persecution on account of race, religion, nationality, political opinion, or because they are a member of a persecuted ‘social group‘ or because they are fleeing a war or natural disaster. Such a person may be called an ‘asylum seeker’ until recognized by the state where they make a claim.”
So let us all agree that these people are not having a very good time in their homeland.
Thankfully there are sensible people around – with many of my friends equally outraged – and I also enjoyed this article in The Age by Julian Burnside. One point he makes is on the legalities – “Asylum seekers do not commit any offence by coming here. Under the Universal Declaration of Human Rights every person has the right to seek asylum in any territory they can reach.”
When referred to as queue jumpers, he makes another excellent point, “As for “queue-jumping”, leave aside that there is no queue where boat people come from, the etiquette of the checkout at Coles is not how it works when you are running for your life.”
It’s equally interesting how the politics of fear have been used…

I really appreciate that this is a sensitive topic and equally appreciate that many people have strong opinions about it, but I just want to share some stories that changed me forever. Maybe someone reading this will change their mind and focus on the need to get every nation in this world back on track with compassion too? Maybe everyone reading this is already in agreement?  I just reckon we need to take care of each other. What did Jesus say: “what you do to the least of my brothers, you do unto me”?
My first life-changer happened when I was about 14 or 15 years old. Two sisters joined my school and their names were Lychee and Lumyai. They came from a country called Laos, and for our predominantly white (at that time) country town in Australia, they were very different to the rest of us. We all laughed at their funny names of course, and then they were just part of the crew. There was no difference. 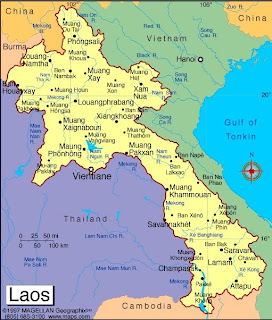 Then someone was inspired (a teacher, their parents?) because one day both L&Ls Mum and Dad, their brothers and sisters (9 I believe) all came to the school to tell us the story of how they got to Albury. My memory won’t serve me here, but I believe the essence is correct. Laos was going through a brutal civil war at the time, and when things got absolutely desperate, the parents made the decision they had to get out – something no citizen was free to do, because people didn’t have passports and the country was under complete control. I don’t remember why this decision was made, but faced with brutal communist rule and raising a large family – wanting the best for their kids like any parent – I can only imagine why. Actually, I probably can’t imagine the why, because I’ve never had to experience humanity at its absolute worst like they did.

Their Dad strapped all 10 children, his wife, the grandmother and himself to the bottom of a train and they travelled the full length of Laos and escaped when the train landed in Thailand (I think). Sadly, the grandmother and one of their siblings died on this journey. Now I don’t know about you, but can you imagine how hideous an experience like this would be – especially for young children? The fear of falling? The fear of being caught? Not being able to eat? How frighteningly dark it was for the little ones? Can you imagine how bad life must have been – even a little bit? I can’t, I just can’t.
The family finally made it to Australia, but I’m sure it was a very long time and years of desperate uncertainty, being treated like animals, before they found themselves settled in their home in Albury, where the children could go to school and they all could be part of a community again. I don’t know if they had to stay in resettlement facilities, I don’t know what they suffered, and I don’t know who sponsored them to make it to our town (potentially the Catholic Church?) I’m just glad someone did and they were finally able to start living the dream of a better life for their entire family. Everyone on this planet deserves the best life possible for themselves and their family.
Many years later, I was backpacking in Central America and I met an American lady, Evonne, in Guatemala, who I travelled with for a little while. A great lady, she was originally from Cambodia, and being of Chinese race this meant that during the Pol Pot years, her entire family was sent to a “concentration” camp. Her earliest memories are of watching her mother die giving birth to her brother in this camp, and complete starvation which meant she had to eat cockroaches. Can any parent in Australia – or anywhere else in the world – stand there and allow any child in this world to eat cockroaches? Or allow children to watch their parents die when we can actually do something about it? 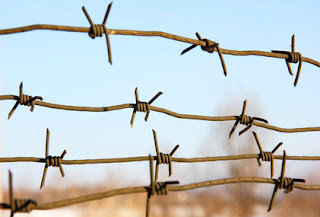 My American friend eventually had her family sponsored by a Christian group (sometimes they do good things) and her family was settled in the US. She has gone on to become a remarkable woman, a high achiever, and everything America “gave” her has been paid back a thousand times over. A worthy investment.
And just recently, a new friend – a colleague at work – who is a former refugee from Sri Lanka. From the Tamil Tiger part of the country, her parents took the decision to leave for her family’s safety when she was just a little girl. As Aussie as they come now, she’s a brilliantly intelligent woman who has given so much back to the country that welcomed her. Although I’m sure it wasn’t an easy place for a dark skinned girl in the 80s to feel welcomed, but she did and she’s awesome.
Her story is complex, but right at this moment, her family in Australia is hosting a “boat person” (I actually HATE that term.) Also from Sri Lanka, this lady was a nurse in the north, and recently, the police came and questioned her saying “we’ll be back within the week.” When the police in Sri Lanka say they will be back within the week, it means you will be taken and never be seen or heard of again. What did her family do? They found the first available boat and got her on it. Destination – who cares. They had no choice.
While at sea, the boat went through a massive storm, lost all food and water (they had to catch rain water to survive) and they were stranded at sea for 10 days – when almost dead, they were finally rescued. She’s now in Australia, starting the painful process of being accepted. However as there is such a shortage of nurses in Australia, one hopes her campaign is successful. Of course, if countries like Australia reject people like her, she’ll be yet another number in the disappeared ranks. This is a beautiful, caring woman, who did so much for her community in a time of brutal war. If we can help, shouldn’t we? All life is sacred right?
All of these conversations/moments – and there is so much more I could mention – touched me on such a deep level. The thing I’ve learnt in my life is people do not pack up and leave their home unless in the most dire of circumstances. As an example, I asked some friends from Northern Ireland – who did leave and go to Australia – why the rest of their family stayed during such a horrendously shit time when the violence was at its peak. They said it’s home and it’s all they know.
That’s how most people are. People don’t naturally embrace change. They don’t want to go into the unknown. They don’t want to risk even worse.
To illustrate the sort of situations where a person would say shit, anything has got to be better than this, please indulge me… 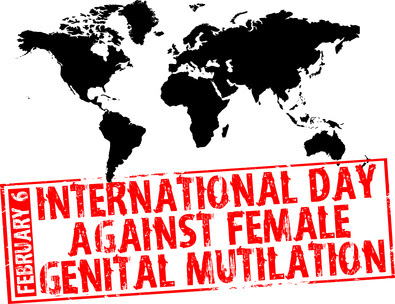 These are the sort of people who get on boats. People who are so desperate to change their stars, they’ll go anywhere other than where they are. They’re not looking to queue jump, they’re not looking to steal people’s jobs, they’re just looking for a bit of human dignity. They also want that gut-wrenching fear that seems to be permanently present to go away.
There’s a lot we can’t do, but one thing we can do is open our arms. When someone cries out for help, we can say sure – come on in, settle, thrive, be happy, and enjoy a basic human right – dignity. Sure we’ll want you to play by our rules and obey our laws, but that’s already a significant improvement from where you came from. Being able to offer this new chance is what life is about after all and we should be happy to share. It’s one of the first thing we teach our children right?
I think it would also help to remember that we are all boat people. Everyone of us has a migration history back to the beginning of time, and please read “Why the West Rules for Now,” “Fatal Shore” and “Guns, Germs and Steel” to understand how true this is. Humans have always been on the move – for a lot of different reasons. As such, all of us, every single bloody one of us, came from somewhere else.
In the meantime, let’s remember our compassion for fellow humans not having such a good time – please?
Yours, without the bollocks
Andrea

PrevPrevious10 Lives I Want to Reincarnate Into…
NextTuning Out and ReflectingNext