10 Lives I Want to Reincarnate Into… 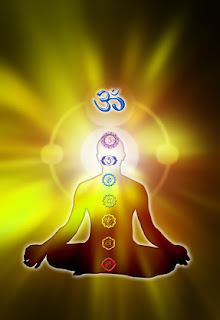 I was not raised with a belief in reincarnation (the Catholic Church got rid of that escape clause before the Middle Ages), but I really like the idea of it, ‘cos it means you get to explore every possible angle of being human – including that which you love and that which you hate in the life you’re living right now. So if you hate boat people and have no compassion for them, chances are you’ll come back as one next time.
For me, reincarnation is an interesting idea. Living in Asia, where thousands of years of different beliefs are around you all the time, it makes the possibilities hard to ignore. However, I suppose I just find it hard to reject outright because of my past decade experiencing all sorts of ghost activity – they just don’t want to leave me alone. Therefore from my life experience perspective, there seems so much going on I can’t explain with a rational mind, so I remain open to possibilities.
But this isn’t about whether or not you or I believe in reincarnation. It’s a lot simpler than that. I was in a cab on Friday night and thought – after a particularly grueling week – if I do get another run at a new life, I’d love to be an academic, who never gets married, never has kids, and just studies one tiny subject in the greatest detail possible all of my life and then die peacefully and happy. I reckon that would be one good life to experience – completely in the mind and not caring about other stuff – like love – which includes not being distracted by anything or anyone else. As I said, a grueling week.
So then I thought, what else would I like to experience? Well I’d like to be….

Well it’s been a pretty cool process for me thinking about this, and so I must ask – ifyou had a few more lives to look forward to, what would you like them to be?

It’s not about belief in reincarnation, it’s about daydreaming. Anyone want to join me and share theirs? COME ON – you know you want to….
Yours, without the bollocks
Andrea