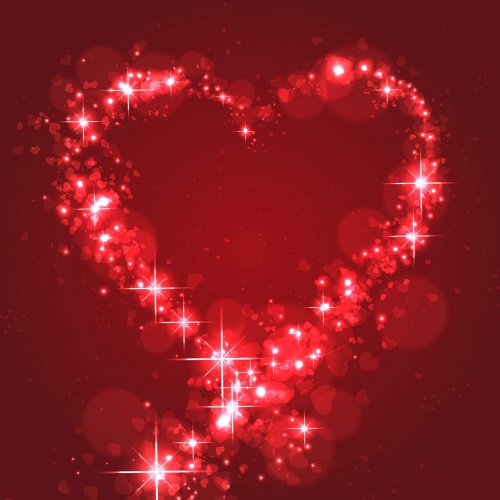 Sometimes you just meet the people you need to meet at the right time!

The year 2009 was a pretty strange time for us. We were happily ensconced in Singapore, thinking another couple of years there would be good when WHAM! The global financial crisis came knocking on our door. For absolutely no reason, my husband’s company decided to close down their Asian operations and offered to move us back to Holland.
Don’t get me wrong, I love Holland but there was no way on earth either of us wanted to live there – we like being warm! Also, SAJE wasn’t making enough money to sustain us in one of the most expensive cities in the world (Singapore) as I’d been more focused on being a mum, and therefore we knew we had to leave. So we had a decision to make. Where to next?Most people have a plan where they want to go next when they are in a transitionary life (read expat life), but we only had an idea and that was to live somewhere peaceful and beautiful, preferably near the water, and in a place that meant our boys could be free and have every opportunity they needed to realise their potential.

The first thing we did was move to Phuket. We decided to leave Singapore as quickly as we could while we were working things out, and it was also an opportunity to see if Phuket was an option. We both knew we needed phones, laptops and access to an International airport and we could live anywhere, so why not Phuket?

Alas, very quickly we realised that Phuket was not that place. It was a mixture of every dog being a potential rabies carrier and our boys love dogs, not to mention rubbish and huge chunks of glass on the beaches, as well as two little lads who drank bathwater and why not? That’s what little boys do!

But the major incident happened when Jax (who was only 15 months old) touched a light and got electrocuted. It had been raining a lot and electricity isn’t the most reliable resource in Thailand, but when that happened, we knew we couldn’t live in a place that offered so many potential dangers to two little adventurous lads! We loved them too much to put them at risk.

Steve suggested we go to Fremantle and I thought why not, it’s on the beach and still close to Asia. Perfect! It wasn’t. I can’t explain it, but it just didn’t feel right from the moment we landed. We hung out there for three weeks, trying to see if we could make it work, but it couldn’t so we moved on.

Brisbane was next! Brisbane is a beautiful city, but it’s not on the water (really) and we just couldn’t find somewhere great to live where we knew we’d be happy. So again, Steve and I looked at each other and said, no, let’s go to Noosa!

I’d always wanted to live in Noosa at some point in my life and as soon as we arrived we knew we’d made the right decision – not the easiest decision but the right decision. It wasn’t easy because by coming here, we had completely isolated ourselves once again, and it takes time to develop the right kind of friendships to have any real support. But that was OK. We just had to slog through the first 6-12 months. It was definitely lonely but it was also manic.

Once we were settled and the boys were happy, I knew it was time to address some of the issues I’d been dealing with for some time. One was the terrible aches I’ve had in my back and hips long before the boys came along (due to a shithouse chiropractic experience), but significantly worse since my two pregnancies. The multiple moves of the past 12 months had made these aches and pains so much worse, so as I was starting to feel like an invalid – I knew it was time to knock them on the head.

The other thing I knew I had to deal with was my chaotic mind! I have always been a very busy head person (unfortunately my son Lex has picked this up too), and I had gotten to a point where I recognised that I was getting exhausted by my own mind. I’ve tried bits and pieces along the way, such as meditation, but there is nothing harder for a busy headed person to do than meditate – let me assure you of that.

A great friend of mine in Brisbane, Zelda, who was in baby mode at the same time as me, recommended a guy in the area called Peter Hoddle. He was an osteopath and the father of the osteo she was seeing in Brisbane during her pregnancies. I thought great, I can sort out these aches and pains in my body. Zelda also mentioned that Peter was quite spiritual and while she didn’t say anymore, because she had never met him, I was definitely very curious about the man.

I sat on Zeld’s recommendation for ages but eventually I made an appointment and drove off into a country-side I didn’t know, looking for a property somewhere near Pomona. I didn’t know what to expect, but the second I met Peter I felt comfortable. He’s not a big man and is ageless in that way you have absolutely no idea how old he is. He looks young and healthy, but at the same time wise and there’s no nonsense about him. I’ve met a lot of spiritual people in my life, and I consider myself spiritual too, but many people turn me off with an almost zealous attitude to their “faith” and Peter was not like this at all.

We went into his room and he just wanted to talk. He asked me lots of questions about my life, my concerns, my beliefs and I also talked a lot about the challenging 12 months we had just experienced, as well as the challenges of becoming a mother and how I continued to find it hard to adjust to that – it is such a hard thing not to get lost in this motherhood malarkey.

When we finished speaking, Peter turned to me and completely and utterly summed me up in a few sentences. He was so right and it was such a relief that someone just gets you. It seems to be something that he has in him, and on this day, I really appreciated that I didn’t have to disagree or tell him he was wrong, he was right and we could get on with things.

The first thing he did after our chat was put me in an hypnotic state and took me through an exercise where I was walking through a field, and then I had to picture walking up a mountain path. At the top of the mountain, there was a hut and I had to get to this. As there was no door, I had to find the door, go inside and turn the lights on. He asked me to explain what I saw.

I saw a beautiful big room, with fantastic Churchlike windows overlooking all that could be seen from the mountain top. The room was full of red velvet chairs, couches and candelabras (all very me), but then I noticed that everything seemed quite dusty.

“That’s right,” Peter said. “You are now in your highest spiritual center and the reason it’s dusty is because you haven’t been there for quite some time.”

Peter then said someone is walking towards you. I looked up to see a blonde woman with long blonde hair, wearing a long purple dress, she had a lovely figure but I couldn’t see her face.

“She is you,” Peter said and “this is your highest spiritual self. Why don’t you ask her what you need to ask?”

I asked if I was taking the right direction in my life? How could I overcome the feelings of frustration I’ve had since the boys came along, mainly around my lack of achievement? What did I need to do to be calm and happy with what is?

It was one of the most amazing things I have ever done. I was asking myself these questions and I was able to get the best answers for me right now. Of course I fundamentally knew the answers to these questions, but by going through this process I was really able to connect with myself in a way that allowed me to answer these questions from such a deep and knowing place.

It’s probably the hardest thing to explain, but give it a go if you think there’s enough information in there to work with? It does wonders for me and I do it regularly now, although I’ve added a lovely warm pool to the room and often go for a swim in my head. Cool huh?

Once this was over, Peter did some Osteo work on me and then it was time for goodbyes. He said we were meant to meet, and I couldn’t help but feel that this was right. I’ve been back a few times since and every time I return home feeling happier and more content, not to mention that I am able to sit down and write 20 pages of my book from such a magnificently inspired place.

Peter is a good person. He comes from a place of understanding and no judgement. He has lived a big and interesting life and taken on life lessons in a really positive way. He’s the sort of person you could talk to all day, as there is so much knowledge and experience to draw on. But there is humility in him, and you know that what he can do is much deeper than he will ever let on.

I definitely needed to meet Peter, he has already helped me change my thinking so much and I am very grateful to him for that. No one I have ever met before has had such an impact on me within the context of helping me to sort out my head, and here’s me thinking he’ll fix my back.. but he can do that too!