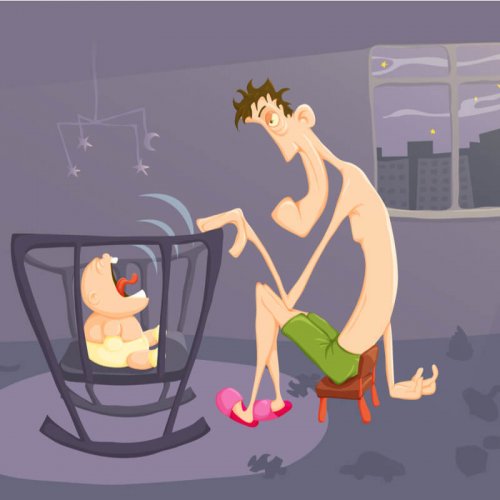 One of the greatest things about living in Singapore is that the sun rises at 7am and sets at 7pm, 365 days a year, every year. This meant that the boys slept until 7am at least, and we could cope with that – no problem! We aren’t early to bed types, because we think it’s important to spend time with each other, so early mornings are not popular around these parts – 7am we can cope with, earlier, we struggle.Since moving to Australia it’s all changed as the sun rises at different times throughout the year. But the worst time in Queensland is the middle of summer, when it comes up at 4.30am! It is hell and both boys are up, awake and alive at that time of day. It is VERY challenging to be chipper and happy for our lads at 4.30am… Not to mention, they’re knackered and bloody emotional because they’re not getting enough sleep! So it’s hard for other reasons too.

This winter has been great for one reason. After a hell of a time with Lex’s early mornings last summer, we’ve had a reprieve and gotten used to 7.30am even 8am wake up times – it’s been bliss. But the sun is rising earlier, and we’re at about 6am now.

Steve and I decided to watch the extended version of ‘Gladiator’ last night. It’s our last night in this house and our last night with our blue ray / giant flat screen TV before it goes into storage for however long – we wanted to send it off with a bang. So we got to bed at 1.30am. Four and a half hours later, two cheeky, happy and very awake little boys were ready to go and it was my turn to get up. Steve got a Father’s Day sleep in…

After a lot of fuck, fuck, fuck, fucks, bloody kids, fucken so early, what the fuck are you thinking, I ended up having a lovely time with the boys, spending a couple of hours playing with the Thomas train set. However, we’ve got to move today, so I think it’s going to be a very long day!

If only Queensland did day light savings… and if only we had grandparents handy to give us a sleep-in sometimes…..