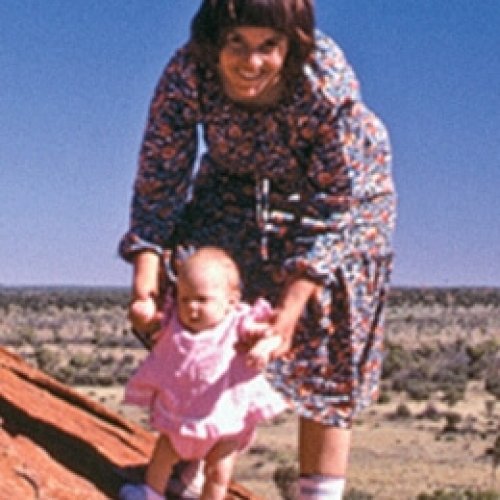 I did something I never do – I bought a Woman’s Day magazine, apparently Australia’s number one selling weekly magazine. But there was a good reason: it has an exclusive interview with Lindy Chamberlain on the 30th anniversary of Azaria’s death – can you believe it’s been 30 years?

I don’t know about you, but that was a very weird time for us Australians. Being 30 years ago, it would have made me 10 when it happened and I remember so much about it + have spoken about it to various people around the world over the years as they have been curious, especially after “Evil Angels” or “A Cry in the Dark” came out.

My main memory, of course, is my mother and all of her mates sitting around smoking their ‘Kent’ cigarettes talking about everything they knew “for a fact.” Someone always knew someone that knew someone who personally knew the Chamberlains, the police investigating the “crime”, someone at the campsite, the hospital, the church, the school, the neighbors, the dingo’s brother… you get the gist. Being only 10, of course, I believed that she must be guilty because my mother said she was. In fact, my mother still thinks she is! She will not be swayed either….

Lindy’s biggest crime, within the Catholic community where I resided, was being part of a weird church (‘probably satan worshippers’ according to Mum et. al.) called the Seventh Day Adventists. Back then, that wasn’t the norm and anything not Catholic was wrong. Azaria’s name also did the rounds and if I remember correctly it meant “sacrifice” or something along those lines, so that definitely meant Lindy was guilty.

Everyone had an opinion. Lindy changed her clothes every day – she’s guilty. Lindy didn’t cry and therefore she was guilty! In fact, the recent Madeline McCain disappearance brought all of that up again for me, because there was another mother who didn’t cry and therefore, something dodgy is going on! Boy did Steve get a serve when he made a comment about that!!

Although I did agree that the story of going out for dinner with mates and leaving kids unsupervised in the villa was a bloody stupid thing to do if that is the truth of the night. We would never do that.

Being more current, there is now a new missing girl story, Keisha Abrahams from Sydney. Who knows what the story is here? But the media are up to their old tricks reporting that police are now investigating an apparent SIDS death of her brother at six weeks of age and the coverage is definitely pushing us in one direction. It is now a murder investigation and I hope we can all step back and let the case run its course .

I’ve already had two people comment to me how “rough” the mother looks – I mean she has tattoos on her neck! Rough people have kids too you know, it doesn’t make them murderers and why is it always the mothers that get ripped apart by the media and the general public? That really does shit me.

Let’s hope Keisha’s Mum puts on a good show for the media, because she’ll be damned if she doesn’t. I have no idea how I’d react if something happened to my boys, so how can we judge what we don’t know? Losing a child in any way must be the most painful experience of them all.

A lot has changed since Azaria’s time apparently. As a true example of “Trial by Media”, the laws have changed in Australia to make sure it doesn’t happen again, but the media is still a powerful force and they’re not convincing me they’ve changed their stripes. Also as a person who’s made my living out of influencing the media, I definitely know its power and question everything that is reported, because there are always multiple sides to any story.

I think the whole Lindy Chamberlain case did cause a lot of shame in Australia. Not with people like my mother, because she’s still convinced that Lindy is guilty after all, but definitely for the rest of us. We all got pulled along in a media circus and I know it has left people feeling intensely ashamed of our nation and what we put that family through. What’s worse is many still harbor feelings that she’s guilty – it seems a hard conviction for many to shake the media did such a “great” job.

I think of her two sons who went through the whole trial with her, her first husband and then the daughter born in jail and taken away from her mother…. horrible shit!

But if you read the article, Lindy has moved on in her life, found love and while she says she will always feel pain at the loss of her daughter, she is doing the best she can do. We all face lessons in life to help us grow, but I have no idea how anyone could face such a massive and very public life lesson, all the while grieving for her little girl, and be so humble and forgiving.

She talks about forgiveness in the interview and then she mentions watching the Nelson Mandela rugby movie on the flight (quite a good movie), amazed at how forgiving he is. I think she fits in that camp a little bit – the camp of ordinary people going through extraordinary times and coming out of it nice human beings. Unfortunately rare people.

Some people endure so much and are so beautiful in their spirit, while others endure tough times and become corrupted. I admire those who keep a beautiful spirit and can only wish Lindy all the very best in her life after what she’s gone through. The lesson of her trial has certainly made me very skeptical of judging anyone based on what the media says. None of us ever truly know the truth unless we are there, living that life. I can only hope her story encourages everyone to question and even better, never to judge, or worse, gossip. I HATE gossip.

So Lindy, I know it sucked, but you changed a nation and made people less willing to believe everything they hear – that’s a great thing. I’m sorry you had to experience such pain for us all to learn that lesson, but I’m wrapped you’re happy and only wish you joy in your life.

I’d love to hear other’s memories of that time and maybe even from anyone who still thinks she’s guilty + why? Also I appreciate this can be a “testy” topic to discuss, but it’s just a discussion right – no harm done to anyone here.

PS: Meryl, I still think you did a shit Australian accent.

1 thought on “Azaria Chamberlain – 30 years on”