Throwing in the Towel on Spunks

Well after much torment – because when I make a commitment to do something, I do it – I have decided not to pursue my teams of International Spunks and International Ugly Bastards (or Those with Nice Personalities,) in the way I originally set out. Taking my lead from you, my precious readers, it just hasn’t generated enough interest. When I write about the shite in my life, I get lots of support and comments, which is very much appreciated. When I explore my head from a religion/spirituality perspective, it seems to resonate with many. When I write book reviews, it gets a bit of interest from friends equally voracious about their reading materials. When I write about vaginas or anuses, well, those blogs are still being read and regularly popping up in searches!!!

So I reckon I’ll throw in the towel on this project now, because it is a shitload of effort compiling this information, and if it ain’t going to get read and no one’s going to vote, I’ll just be heartbroken. Naturally, I will continue to compile my teams in my head, because it really does make rugby so much more enjoyable.
It also doesn’t help that I am a mother, and the father in this equation is much more of a rugby head than I, so it is only fair that every four years I make it possible for him to watch as much rugby as possible – thus taking on child responsibilitys reduces perving opportunities significantly. The things we do for love? But I do not mind. Steve has always shared the parenting load.
Here is a compilation of photos that I believe represents why I love this game. Men in all their muscular glory has always been my thing. 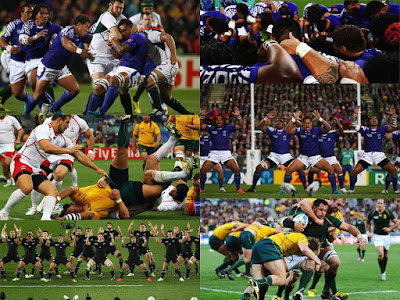 If you’re interested, my International Team of Spunks is below, and I’ve made it possible for you to go and check them out, although I don’t think they look as great in these pictures as they do when they play.
Yours, without the bollocks

And best ears I think has to go to Danie Rossouw of Sth Africa. Here’s a selection of Danie Rossouw pictures to give you an idea. He is closely followed by Simon Shaw of England.

PS: to the teams missed, my apologies. I couldn’t get you all!