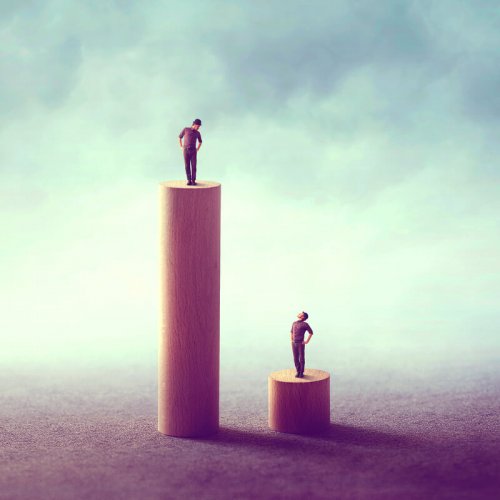 The World Inequality Report 2022 is out, unsurprising and alarming

Last week, The World Inequality Report 2022 was released. Look below for links to this very important research. Of course, none of us are surprised by this information – why would we be? It’s at the core of our global challenges and a problem we need to solve. EMEA is the most equal region in the world, and it’s time to all be moving in that direction, or we will experience societal breakdown.

To give you a flavour for some of the data. When it comes to income, the richest 10 per cent  of the global population currently earns 52 per cent of global income, whereas the poorest half of the population earns eight per cent of it.

The report emphasises that inequality is a political choice, not an inevitability. Income and wealth inequalities have been on the rise since the 1980s, following deregulation and liberalization programs which took different forms in different countries.

However, while inequality has increased within most countries, over the past two decades, global inequalities between countries have declined. So that is a little bit of good news.

Then again, while nations have become richer, governments have become poorer, leaving the totality of wealth in private hands. This matters, because the low wealth of governments has important implications for tackling inequality and climate change.

Since 1995, the share of global wealth possessed by billionaires has risen from one per cent to more than three per cent. And we know it increased during COVID.  In fact, 2020 marked the steepest increase in global billionaires’ share of wealth on record.

One new element to the report, is equality. This should startle everyone. Women’s share of total income from work (this is paid work, not unpaid work) was close to 30 per cent in 1990. Today, we haven’t quite hit 35 per cent. If we want to claim a gender equal world, women would earn 50 per cent of all labour income.

The top 10 per cent of emitters are responsible for close to 50 per cent of all emissions, while the bottom 50 per cent produce 12 per cent of the total. The recommendation is climate policies must target wealthy polluters. However, so far, climate policies – such as carbon taxes – have disproportionately impacted low and middle-income groups, while leaving the consumption habits of the wealthiest groups unchanged. Note, that’s the bingo zone!

We’ve certainly got some work to do.

You can read the reviews, including a five-star review on ReaderViews, an excellent one on Booklife, and I’m collating reviews on my Website too. Have a look and grateful to everyone who has written or recorded one.

Check out The Know Show. It’s a weekly wrap up of the news!

Listed by Book Authority in the 100 Best LinkedIn Books of All Time and 22 Best New LinkedIn eBooks To Read In 2021 categories. Grab it today if you want to take your professional presence to the next level! When it comes to LinkedIn, it really is time to ask — can you really afford not to have this book in the hands of every employee?

Have I done a great job for you? Can you write a reference on my LinkedIn profile or on my Google Business page? If not for me, why not write one for someone else who inspires you or has helped you? Join the #GivingEconomy

Check out Second Nature Social on my YouTube channel.

Want to be a super star online? Check out my e-learning course How to build a rock star personal brand.

PrevPreviousHave you learnt to trust in yourself? Your own wisdom within?
Next12 things we can ALL do to reduce our impact on the environment and moreNext