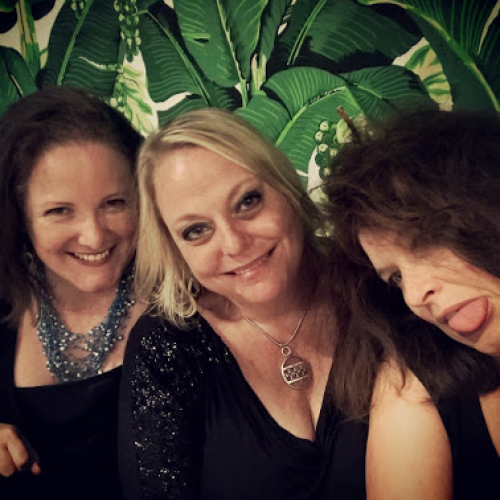 The Soul Food of Great Friends

This blog has been languishing on my PC while I’ve attempted to survive the utter chaos of the last couple of weeks. Crikey it’s been busy, and I don’t use that word lightly. Busy at work and busy having fun… it’s been a survival fiesta.

My chaotic surge of activity commenced a couple of weeks ago with a five-day escape to Sydney. My reason for going? Ali and Johnny’s annual fancy dress party. The last time I attended this party was in 2002 (before I moved to Singapore) and this year I said screw it, I gotta go. I reckon Ali and Johnny host the best party in the world – no question. Pure funniness, amazing people and excellent costumes. But equally, as a couple, they are a sheer delight and bless this world with their magic.

One thing I’ve learnt from two decades of a wandering life, is sometimes you’ve just got to get on a plane and invest in the brilliant friendships you’ve made around the world. I’m well overdue trips to Europe, the UK and the US for the same reason, but Sydney ain’t such a hike from Singapore, so perhaps 2016 is the year for the other three?
You’ve definitely got to make investments in friendship and love, ‘cos in this shitty, hate-filled, fearful world we’re living in right now, one that seems to be spiraling out of control with anger, prejudice, ignorance and media/political driven bollocks on a scale we haven’t seen for decades, the only thing that matters is celebrating this glorious life we all get to live. Especially those of us privileged enough to grow up in countries where it’s been relatively peaceful for half a century.
No matter what we’re fighting for, the only reason we ever fight is to hold on to our right to smile, love, and have a laugh after all yeah? It’s not complicated. But it’s amazing how the global discourse continues to head down a nasty sewer. It’s also amazing how we’re all getting sucked into it too. Why do we let ‘them’ own this? Let’s take the discussion back from the fearful arseholes huh?
As with most civilized people, it’s obvious I don’t like what’s going on in the media, politics and social media right now. But beyond the global cocks dominating the media landscape, there are people in my community sharing shite too. I’ve never been an un-friender, but a couple got booted recently. I just found what they were saying made me too upset and I couldn’t stand reading it every day. I’ve always adopted the thinking that maybe I can spread a message of love, happiness, humanity and humor, potentially influencing them along the way? But it doesn’t seem to be working and some people think they have permission to spew forth shit. Well I don’t have to read it.
But with all of the shite going on, I know we can do better as a human race – much much better. I also know that if we can bring ourselves through this time with love and happiness versus hatred and fear, then we have the opportunity to elevate all of humanity above anything it’s known before. But we’ve got to do it together. Equally, the lovers need to become the majority voice and that doesn’t seem to be happening right now. Want to help me get the rest over the line into the majority? Let’s spread love, but it can’t just be that. We’ve got to say “no, that’s not an OK thing to say!” We’ve got to fight too, but you can fight in a nice way, otherwise we’re the same.
I know some people think it’s the time to spread love and joy only. But history has always proved that standing back, being silent and ignoring the fuckers doesn’t work. We’ve got to call people out. We’ve got to say no bloody way. We’ve got to stand up and be counted for. We don’t have to be arseholes when we do it, but silence is not a good strategy right now while you’re thinking positive thoughts. We’ve got to be counted. Are you with me?
My time in Sydney was amazing. We shared stories of our lives. The good times, the great times and the hard times. We laughed about stupid shit that no one else gets and we celebrated some amazing victories and successes in each other’s lives. These guys make me feel enriched, inspired, loved and really bloody happy. One day I will move back to Sydney. We’re just not sure when yet….
Snogs going out to Carl, Lorna, Gav, Libbs, Jussy, Willie, Ali, Johnny, Kirsti, Christian, Evelyn, Pete (yay you were in town), Tash, Kieran (congrats on bubba), Amanda, Jo, Ike, Arch, Ash, Suzie and all of the other crazy cats in that community. I love you guys. BUT a special shout out to my mate Jen – you graduated – congrats woman. You rock.
Who’s with me on taking back the global conversation, but equally, on taking part in a global love and laughter fest? Come on, we need it now more than ever.
Yours, without the bollocks
Andrea
BTW I’m on Twitter here, Google+ here, Instagram here, and Facebook too, if you’re interested in the other stuff I share. Feel free to share my blog if you think anyone you know will be interested or entertained. I sure do appreciate it when you do xxxxx

PrevPreviousWhat Happened? What Did You Get Done?
NextAn Earnest Desire to FlyNext