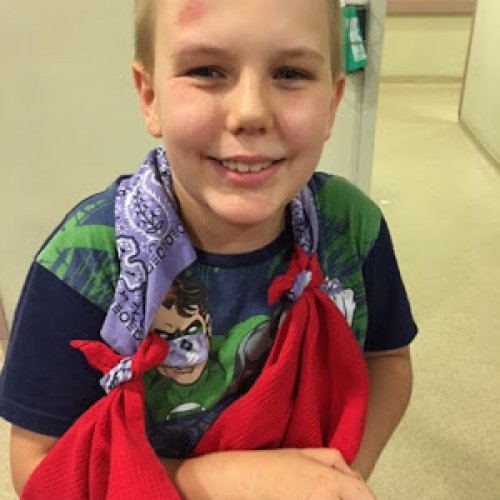 The Haunting Moments of Broken Bones

It was only a matter of time. It was always going to happen. However when your child walks out crying hysterically, and you lay your eyes on an arm sitting at an impossible angle, the feeling that spreads throughout your body is like nothing you’ve ever known before.
Of course you immediately go into “let’s sort this shit out” mode, and I got dressed and ready in a nano-second, called a cab and we were off to the hospital, and then another hospital because I went to the wrong one – FUCK!
Those moments in the cab last night were very long and hard to endure, but equally, we had three cabbies who showed the true majesty of the human spirit – care and kindness.
But last night there were a couple of moments which I think will haunt me for some time.

Firstly, though, what happened? The boys were in bed, promising to be calm and go to sleep, so all seemed promising. Of course they weren’t going to sleep, because apparently there were some issues to sort out – a fight over who got to sleep with the cat I believe? A tussle ensued and Lex came down and landed on his wrist. So glad we bought those bunkbeds – not.

PrevPreviousGive yourself permission to dream
NextDo yourself a favour, read Reckoning A MemoirNext