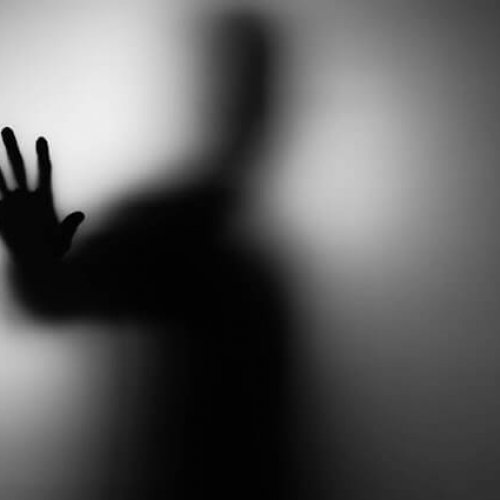 The Ghost Who Tried to Shag Me

I reckon I’ve had a lot of life experience and that’s something I’ve definitely sought on my journey in this world. For me it’s what makes life worth living – experiences, good or bad it doesn’t matter, I just enjoy gaining as many experiences as I can so that I am constantly evolving and changing my mind about things.

It’s what keeps me interested in life and probably sane as well. I also like to consider myself completely open and while, sometimes I know I don’t truly believe in something, at the same time I also do believe it’s possible, because I can never reject anything just because I haven’t experienced it.I reckon ghosts fitted into this category. Ghosts are one of those things that a lot of people I know have spoken about and experienced, but as I’d never had any interactions with the spirit world – apart from a high school séance of course – I found that I could never reject anyone else’s experience. It was also hard to accept because it wasn’t an experience I’d ever had.

So imagine my surprise when in 2002 a ghost came and visited me in the night. I was living in Sydney, and had a lovely flat mate Elaine aka Lainsey. The apartment was always full of people coming and going (which I love) and it was definitely a happy time in my life. I’d just started this new job, which meant I’d have to move to Singapore within six months, but in the meantime, I was required to go back and forth between Sydney, Singapore and Hong Kong until I made the move.

The night “Bill” came (and I’ll explain the name later) was the night before my first business trip to Singapore in this new job. I was in bed, getting into that lovely dreamy place we all go to before heading off to sleep, when I heard my bedroom door open.

As I said, we did have a lot of people coming and going, so it could have been a friend working in the city that couldn’t get home and came to crash at ours. But it wasn’t. When I sat up to see who it was, there was no one there. So I lay down and got comfortable, then I felt someone sit on the bed, I heard shoes removed and dropped on the floor, pants pulled down and dropped, a shirt lifted over a head, then the bedding was lifted up, someone got into my bed, they spooned with me and I felt their knees behind my knees and an elbow in my back… so naturally I thought shit, what the bloody hell is going on!!!!

The only thing I could think to do was to hit the space where this person was, and when I did, an intense whirring went off in my ears and then they were gone.

I didn’t sleep too well that night – as you can imagine – and was pretty bleary eyed as I rushed to catch the plane. But before I got on the plane, I called my flatmate Lainsey and told her about my experience, explaining that maybe it was a premonition that I was going to die. I asked if she could make sure my sister got all my stuff, if that was the case.

Lainsey – who was born in the Philippines and raised in Australia – was definitely a spiritual gal (I find Asians generally are) and she said that in the previous weeks she’d seen “someone hanging around my room.” She didn’t want to tell me because she thought I’d freak out.

Well I was freaked out. Thankfully, I had a couple of weeks to adjust, as Bill didn’t come for another visit for a while, and I was also very grateful that I didn’t die in Singapore. But then he started coming back more regularly. The weirdest thing was this ghost was trying to shag me. He was kissing me, cuddling me, trying to get on top of me – it was really weird, but also strangely amusing, because of all the people to experience this, it was me!

I told some friends. Some laughed, others were concerned, but it was the sceptics that intrigued me. One great mate Carl was taking the piss out of me and I said darls, this is really happening. And he looked at me and said: “I believe you.”

By this point the ghost no longer scared me, because I already knew that I could get him to leave, but he was exhausting me. Every night he would come and disturb my sleep and as I was doing a lot of overnight flying, I really needed sleep at this point in my life. He was also visiting me on my travels, so it was me he was connected to, not my place in Sydney. I couldn’t get away from him!

So my mate Juzzy took me to see a “clairvoyant,” but the reality was she wasn’t a clairvoyant, she was a woman who saw and communed with spirits every day. She couldn’t walk past a hospital, because she’d get swamped by spirits. I definitely found her an interesting bird.

So she talks to “Bill” and apparently the story goes, that in the 1700s I was living (probably) in Scotland, I was a woman of standing and I loved to ride horses. In fact, in that lifetime I died at 32 when a horse kicked me in the head and that’s why this was happening to me at the same age – nice!

William worked in the stable, taking care of the horses and he was desperately in love with me, but as I was of a higher standing and promised elsewhere, he couldn’t have me. As such, he’s been hanging around on the earth plain ever since, looking for me. He also had bad breath which my “Spirit Woman” found repulsive.

There you go. One thing I learnt from this is that I definitely did not enjoy obsessive love, so even if William reincarnated, we wouldn’t stand a chance – especially if he had bad breath too. Although I’m sure that was due to a lack of Colgate and mouthwash during this time in history, more than anything else.

Initially he was aggressive and angry, but when that didn’t work, he started mimicking Steve. When I went to sleep, Steve would stroke the top of my neck and he started doing that too. I regularly just told him to piss off!

But I was getting tired again, and that annoyed me, so some Chinese friends took me to see the “Exorcist” – an Indonesian Chinese dude who was very very strange. I had to do a bunch of rituals, including standing on a corner, putting a pile of stuff together, setting it on fire and walking away without looking back.

I felt weird doing that, but all of the Singaporeans who saw me as they were driving past understood and looked on it without judgement. I also had to stand in the bath tub and dump a bucket of water full of flowers over my head…. I did it because it was time to end this chapter in my life and I’d give anything a go. Bill also needed to get over it and move on in my opinion.

Bill hasn’t been back since, but I never feel that he’s too far away. When I got pregnant I was worried he’d reincarnate as my child and was concerned that an obsessive child wouldn’t be a great thing. But he didn’t come and I’ve been reassured he won’t. Fingers crossed.

This was definitely one hell of a life experience, but one important lesson I learnt is that I am in control and that’s why I was no longer scared. I had the power, not him and once the fear went, it was a good thing for me.

The life experiences certainly haven’t stopped since then, and I do love every new chapter that comes along, but I can definitely say that was one of the weirdest.

However it’s opened me up to looking into the spiritual dimension, something I’m more curious about at this current stage of my life as a relatively new Mum, so it did give me a lot. I suppose I should say thanks Bill, I’m grateful for that.

Yours, without the bollocks
Andrea xxxx

4 thoughts on “The Ghost Who Tried to Shag Me”

NextAmerican Idol has upped the drama this year!!!Next