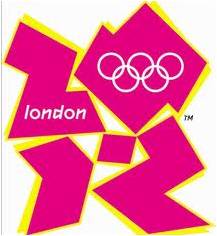 We’re already half way through the Olympicsand I haven’t been able to watch half of what I want to watch – mainly because it took us three days to work out which bloody channels were worth recording in the first place. Happens every time, but then, what did we do before recorded TV? We’ve been squeezing the Games in whenever we can, with Steve being immersed in gymnastics for the first time in his life. He’s most definitely not a convert – just a good husband ‘cos he knows it makes me happy.
Some observations of the games so far…

And of course, it’s a bit sad watching the Olympics this year as I am not hearing the boring strains of Advance Australia Fair ringing out. The team are rock solid in Silver and Bronze – so nothing to be ashamed of – but it hurts a little bit deep inside that there aren’t more Golds… Of course, if NZ comes out ahead of Australia, shit that’ll be worse than the All Blacks winning the bloody Rugby World Cup Final against the Wallabies – we’ll never hear the end of it. However I’ve got to say congrats to NZ for the Golds – bloody awesome stuff. Then again, to protect myself from future ribbing from my Kiwi friends – come on Aussie!!!

I’m looking forward to the final week for sure – anyone else notice any corkers?