Four is the Worst Age to Date 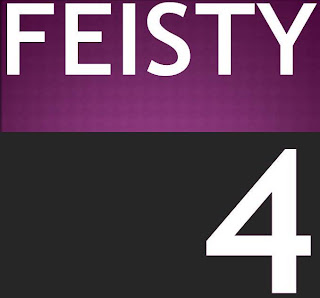 The boys have been home from school for a couple of weeks now and we’ve all been juggling the responsibility of keeping them entertained. Luckily for me, I’ve had a lot of work on, so Aunty Vick and Steve have been doing most of the entertaining – until Wednesday of course, when Steve gets his head down in his new job – sigh. An added challenge of the boys being home right now is it seems both are going through growth spurts at the same time – apparently it happens every 4-6 months with boys at this age. But I’ve got to tell you, when they go through growth spurts, the added testosterone turns them into TURDS! It’s intense.
Throughout their lives to date, most of the parenting wisdom of expected behaviour hasn’t played true. We never had any terrible twos or annoying threes. They were both pretty cruisey lads, apart from some behavioural challenges with Lex – which turned out to be frustration because 1. He couldn’t hear us and 2. He couldn’t effectively communication his needs. That has slowly been changing, and while he regularly reverts to some pretty challenging behaviour, every day he’s moving forward, both understanding more and communicating more. The biggest thing we’ve got to pay attention to with Lex is making sure our sensitive little lad isn’t embarrassed – by us or anyone else – not easy when other kids are involved. Embarrassment is the number one event which triggers his challenging behaviours – so we remain ever vigilant, but most of the time, we can only be there to cuddle him after-the-fact. That’s life right?

But Jax, at the grand old age of four, is the one who’s doing my head in. Who knew a four year old knew so bloody much? Boy can he argue, and he’s always right. He also has two common sayings – I want and I don’t want. Naturally he says I want when I don’t want him to have something. And I don’t want when I want him to have something. I am finding myself constantly saying to him “you’re so annoying!” in a jokey kind of way, but seriously meaning it – I mean he’s really bloody annoying. I feel like everything is a battle – getting him to dress himself, put his shoes on or taking them off, eating, drinking, brushing his teeth, putting sun block on, getting in the car and putting his seat belt on, moving fast enough, and I could go on and on and on. Then add to this the need to put things in my face – “look mum?” he says ramming some toy into my teeth, eyes, nose, etc… Grrrrrrrr!

He is belligerent, stubborn, determined, and opinionated – and while many of these qualities will serve him very well in life – right now, they’re driving me nuts!!!  Four is definitely the most challenging age for me – by a very very long way. One to three were delightful with the Jaxster, but now I’ve come face-to-face with a whole new beast. He’s definitely a marvellous kid, with a terrific sense of humour, so I have no doubt he’s going to be an awesome man with a terrific sense of self, but in the meantime – CRIKEY!!

Add to this the aforementioned growth spurt, and not only do I have a feisty four year old to argue with, but I have two boys who want to beat the shit out of each other all day, every day. I recently said to Steve – you’ve got to start wrestling these guys every chance you get, because I think that’s where we are developmentally – two boys needing to be extra physical all the time, ‘cos they weren’t enough already! I came to this conclusion after speaking to another Dad with two lads at a BBQ recently. He said to me “boys this age need to wrestle and wrestle a lot.” He suggested I Google the topic, and I found some rather interesting articles – this one was the best – so perhaps that will help?

Parenting – your heart aches with love for your children, but sometimes you just want to kick them in to next week. Not that I ever world, of course…
Anyone else relate?