Losing Lex was a Blessing in Hindsight 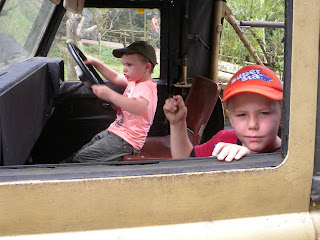 A few weeks ago I wrote a blogtalking about the sheer terror I felt after losing Lex in one of Singapore’s biggest shopping centres. It didn’t just impact me, it impacted Jax and, of course, Lex. However it turns out, this might be one of the best things to happen to all of us… Everything has changed since this moment, everything.
On one level, my trust in Lex to handle himself has grown exponentially. I was so panicked about losing my speech delayed lad, frantically worried that he wouldn’t be able to communicate with whoever found him, that it turned me into an absolute mess for a good few days afterwards – you might have gathered this in the original blog J. However, once I calmed down and was able to look at it objectively, I could see Lex managed himself with exceptional flair. He took one of the ladies in customer care from the 2nd floor up to the 7thfloor, via the escalators, to find our car and once he realised Mummy hadn’t left, was a lot calmer. Lex knew exactly where to go, because he has a terrific sense of direction, and applied great logic in understanding and managing his situation. He was also able to really communicate his wants and needs with strangers, and seriously, I couldn’t be prouder of my little boy.

Jax was also really impacted by this event. He has been in a pretty fearful stage for some time now, and we do all we can to talk about these fears and try to help him manage them. We appreciate it might take Jax some time to get through this, and losing Lex definitely had a very big impact on him. My boys are like any other kids – constantly arguing and beating the shit out of each other – but their devotion and loyalty to each other is beautiful. When they grow up, I hope no one takes one of them on, because the other will back them up all the way. Those qualities are already present and I love how they are always there for each other – it gives me a lot of courage to let them go out into the world. However, because of this devotion, Jax was also very emotional and scared as I dragged him from one length of Ngee Ann City to the other faster than his little legs could carry him. But the hardest part of that hour was the understanding I also had to be there for him. I almost couldn’t “do” him at that moment, but I knew if I missed his needs in the panic I was feeling, I would be doing him a great disservice that could impact his emotional stability for some time. This parenting malarkey is not easy.

When I look back on that day, I can definitely see it was a very interesting life moment for all of us. The biggest change is both boys will NEVER let me out of their sight – even for a moment. They also listen and do as they’re told immediately – cool huh? Before I’d say come on let’s go, and they’d stuff around, taking their time. Now when I say let’s go, they’re right by my side, usually holding my hand, and the holding hand thing is nice, because before, it was definitely a rare treat.

So after nearly six years of taking my boys into shopping centres and coming out feeling stressed, angry and frustrated because they’re being little buggers, I have to say – I am finally enjoying shopping with my boys. They’re still pains in the arse, don’t get me wrong – but a new dimension has been added to the experience because of what happened, and they are more aware of being safe. That means staying with Mum instead of running off and doing whatever the hell they want. That’s really cool progress I have to say, although I wouldn’t recommend losing your kid to make that progress.

Although, one significant change – which is not so good for other people – is the sheer volume of my family. Let’s just say, if you are in a shopping centre and we are there, you’ll know it. As a recent example, I took them into a large electronics shop. Because they were tired, I sat them down in two massage chairs in front a mega TV playing ‘Avatar,’ saying I’ll be back in a moment, wait here. I went 20 metres down the aisle, and within five minutes all I could hear was “Mum, Mum, Mum, Mum” at the top of their voices. I dashed back to the aisle so they could see me, said stay there, I’ll just be a minute, but that was it, they needed to be with me. Public toilets are worse – they have to constantly talk to me to make sure I’m still there!! And questions like “Mum, are you doing a wee or a pooh?” is one of their favourites.” So my public life with the boys now revolves around a constant stream of chatter – me talking to them, them talking to me – to ensure they feel constantly reassured I’m nearby. Bless their little cotton socks – I do love my little boys.

2 thoughts on “Losing Lex was a Blessing in Hindsight”