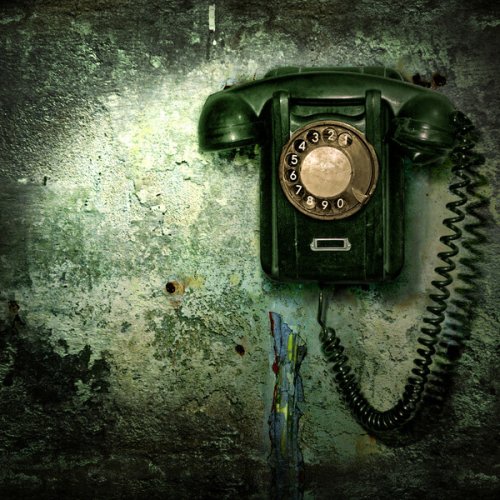 I bloody hate phones, do you hear me?

Something I need to share with everyone – to ensure there is no more confusion or a feeling of rejection as I rarely answer my phone or return calls – is due to a simple emotion – I HATE them. I hate how ubiquitous they are in every moment of our lives and I hate the expectation that you should answer the phone when it rings.
When someone calls you on the phone it’s because they want to catch up with you, but the presumption is the person on the receiving end is in the same frame of mind.I don’t know when technology got so intrusive in our lives or when it just became an accepted part of our reality – it’s been a slow and insidious deception don’t you think?

As a kid, I remember one phone in the house (it was beige), there was no such thing as an answering machine and the only time we used it was when Mum and Dad were out and we often called our mates down the street – the same mates we were with five minutes before we called them. Then there were the gag calls – which were a lot of fun…. is your fridge running OK? Better go and chase it then – ha ha ha! Hilarious, and people were always so receptive to these calls….

But then everything changed. Phones got keypads, answer phones became standard, then mobiles, and on it goes! It wasn’t that long ago instant messenger became cool. I liked it to start with, but as time went on, I’d log on to my computer and BAM, five different messages would pop up saying hey, how you doing? It used to shit me to tears because I’d only just logged on and was logging on because I had work to do, but there was no way I couldn’t say hi because I was obviously on my computer. Eventually I worked out how to hide myself and IM on my own terms, but now, I don’t even have it on my computer because I find it too invasive and I just don’t have time for it. When Facebook launched an IM I almost left the site, but it’s manageable and you don’t have to do it.

But back to phones, I think the last barriers have been overcome and there is now no escape. When mobile phones first came out, women, most men and young people were all over them. Then our parents started getting into them, kids as young as eight started taking them to school and the spread was getting wider.

However, there was one last bastion of mobile free company, and in my world, it was always intelligent and professional men who just couldn’t see what all the fuss was about – they were wise beyond their years. However, I am sad to say that in the last 12 months, these same men now sit around with mobile phones on the table, picking up calls and sending sms’s mid-conversation. Once I saw this I knew that mobile phone penetration was complete. So if you’ve got shares in a mobile phone company, I would sell them. There is nowhere else to go, other than people having more than one phone, which is becoming common. Apparently people have Blackberries for work and iPhones for fun – does that strike anyone else as sad? Or just plain weird? Or even slightly insane? I mean, if you want fun, I can highly recommend Thailand!

I’ve never been a phone fan, and working in the PR world for many years, I had no choice but to answer the phone when I was working. But when I wasn’t working, I rarely answered the phone and have gotten less receptive to answering ever since! Since moving on from that world, I have different challenges. You see, I don’t have much time between trying to squeeze work in to 5-6 hours a day, running a house and most importantly, being with my three boys. So for me, phone time is something I have to be completely strict with and I never answer the phone unless I fee like it or when expecting a call.

I hate it when I sms/text someone and they ring me – I mean, if I wanted to speak to someone, surely I’d call them instead of sms’ing? The worst thing is how can you ignore a phone call when someone rings straight after you sms’d? But I’ve got a solution there too. Text them and say, sorry, can’t take your call, that’s why I sms’d you because I am not in a position to speak! But some people don’t give up. They ring, ring again and some even ring again – just in case you didn’t notice they’d called the first 2 or 3 times! Ahhhhhhh leave me along.

Sometimes it’s awesome getting a call. Yesterday my great mate Lorna called and we had so much to catch up on, we were still talking an hour and a half later. That was cool. Every now and then someone calls me at the right time, when I’m in the right frame of mind and I want to chat.

But the majority of the time, people call me when I’m dodging cars on the road as the boys run up the street, or I’m cooking dinner with two little lads trying to help me stir something boiling hot, or I’m bathing them, reading to them, or all the other things I have to do in a day. The worst time, of course, is the evenings. I rarely call people in the evening, because if people are anything like me, by the time the evening comes, I have had enough and don’t want to think, let alone talk to anyone. It’s also my time with Steve and nothing is more important than that.

So if you’ve been trying to call and haven’t had a response, don’t take it personally, I just hate talking on the phone and know that if I’m not in the right frame of mind, it’s a waste of time talking to me anyway. However, do feel free to leave a message because I’ll often sit there and listen to it, with a smile on my face, especially when people are funny. My favourite voice messages have to be my mother. She HATES getting the answering machine and she is so depressed leaving a message, which has the opposite effect on me, because why would I want to speak to a miserable person? She gives us a laugh tho!

If you really want to speak to me, leave me a funny message. If you make me laugh hard enough I’ll pick up the phone and take your call – that’s a promise!!


Yours, without the bollocks
Andrea