Has Lex Finally Found His Voice?

Yesterday I was in the bathroom with Lex and I asked him to do something, to which he immediately responded: “sure Mum,” and then went on to say something that told me he’d understood exactly what I said.
I wish I could remember the exact exchange, but I was so flummoxed at being understood, what we actually said to each other went out of the window immediately. The thing I CAN remember about this moment, however, is the feeling of being truly and utterly elated – I WAS UNDERSTOOD BY LEX! I should mention that this moment has been a long time coming – six years to be exact. 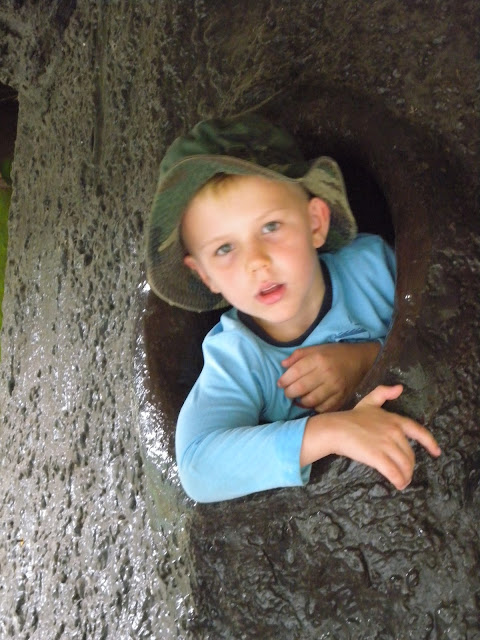 Lex turned six on November the 12thand after being diagnosed with compressed ear canals (at age four), he had grommets inserted, and his tonsils and adenoids removed – that was two years ago. Since that day, we’ve been waiting for him to cross a ‘line’ – a line where both expressive and receptive language is age appropriate, and it has been excruciatingly painful waiting for this to happen.
The worst thing we’ve dealt with is our own expectations – because EVERYONE said within 12 months he’ll be caught up – he’ll just “get it.” Well he didn’t “just get it” and we’ve spent thousands of dollars trying to work out how to help him get it, and you know what has helped him the most? Spending the last few months full time with his chatty pants brother!
Yep, Mr. Charmer Jax has been the answer to our challenge all along, but it has only been in the last few months that they have spent their days together full-time. Oh they’ve shitted each other to tears, beaten the crap out of each other, infuriated each other, etc, etc, etc during this time… but we finally found our magic potion – The Jaxster.

I knew something special was happening with Lex in the last month or so, because every single time he’s about to go into an intellectual developmental spurt (usually coinciding with a physical growth spurt) he turns into a TURD. Belligerence is an understatement.

However, in the “good-‘ol-days” his belligerence was always behaviour-lead, which often left Steve and I scratching our heads because the behaviours didn’t make any sense to our logical brains. The big difference with this last spurt has been verbal – for the first time, Lex has become all mouth and attitude: “no you do it” or “oh my god, can you believe that?” or “I’m not doing that” or “you’re not listening Daddy, I’m very angry with you.” I could go on.

But he’s also saying some really great stuff, like when his Dad asks him a question, he’ll respond: “Daddy I’m thinking.” In fact, yesterday he asked me three times: “Mummy what are you thinking about?”

It’s always an interesting question that, because my brain is never dormant, and him understanding the thinking process and being interested in what another is pondering – well that alone tells me we’ve come a long long way.

But this has not been an easy road for any of us to travel. Just yesterday – before my “moment” with Lex – we were wandering through Bishan Park in Singapore, and Steve and I were talking about lots of stuff.

However, one of the things we were talking about is how excruciatingly difficult it has been raising a speech delayed child. Parents who have kids with normal speech can never know how difficult it is having a child that doesn’t understand anything you say.

We’ve also found other parents have found it difficult to understand why we’re not stricter or trying to sort out certain behaviours – but it’s hard to explain to someone with a speaking child the reasons for our more relaxed approach to things like discipline. We just had to recognise that there’s no point fighting the battles we can’t win. It’s been HARD, but we’ve always believed in our little lad, and finally, finally, finally it seems that Lex has found his voice.

Oh shit, got tears in my eyes writing that.

To the other parents out there with speech delayed kids, especially those of you I’ve never met but have read and responded to my blogs (thank you for that, it means the world to me) – I hope this gives you hope. Lex took a lot longer than most kids to get past his hurdles, but my observations on this are:

With that, all I’d like to say right now is hooray Lex – you bloody beauty!! I’ve been waiting to write this blog for a very long time, and even though we’ve still got a long road ahead of us, you’ve crossed that line at last. I love ya buddy and I’m so proud of who you are.

4 thoughts on “Has Lex Finally Found His Voice?”