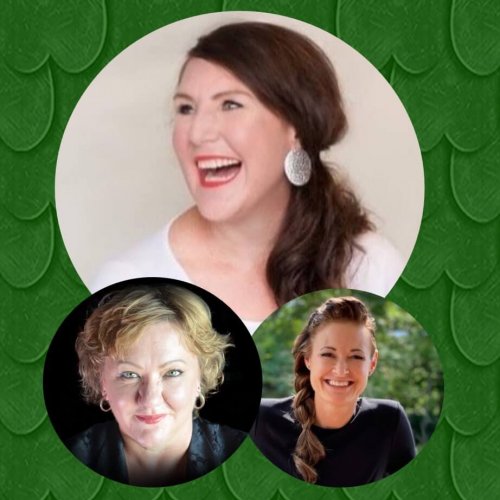 In a recent Climate Courage, we focused on where we live and the risks we face. Never a pleasant conversation, but if we pay attention to what’s happening and can get ahead of it, we will make decisions now that protect ourselves and our families through the challenging years ahead.

The show featured the experiences of my friend Kate Marsden, who shared her journey of living through multiple floods in Queensland, Australia, including one which wiped them out and they have still not recovered from it.

Have a listen to the show

If we can’t think in terms of their future, we won’t make the right decisions, and we won’t vote in leaders capable of driving the systemic change required to ensure their future either.

Are you thinking this way? Are you planning for your children’s future as your number one priority today?

I hope you are, because climate change is happening faster than anyone in-the-know expected, although if you’ve been reading between the lines the last few decades, it’s always been very clear it’s going to hit us sooner and harder than expected. Softening the IPCC reports to keep governments happy was never a good idea.

This year the reality of what we face has become very clear. Our weather is more severe, extreme weather events are happening more frequently, larger and larger areas are being impacted, and everything is moving faster than we’re being told or that we believe.

No question, it’s a complicated issue and I’ve spent years trying to understand it.

That’s what this show was about, and below are some notes from the research I’ve done, and down the bottom are links to articles, as well as maps, looking into the future.

Climate negotiations: 30 years of melting hope and US power

Climate change: Zombie fires and soaring temperatures: What happens when it gets to 100ºF in Siberia

Iconic glaciers of Kilimanjaro, Yellowstone to disappear by 2050 due to global warming: UN

The five stages of collapse

We are at risk of likely passing 6 tipping points

What to pay attention to with weather

Logical considerations for the rest of us

According to earth.org, three things to consider when moving

Other ideas to consider

For many places, it’s too late and there is no time to adapt. We’ve seen migration double in the last decade and it’s growing. In an article in Time Magazine, it states: we will build vast new cities in the North and abandon the unendurable tropics. We will adapt food, energy and infrastructure for a changed environment

Our new plans must be based on geology, geography and ecology. If we have 11 billion people, we will need 20m2/person, which is 220,000 km2. We have plenty of space.

Other lists across multiple sources

There’s a term – North of the 45-degree N parallel – which is Michigan in the US, France, Croatia, Mongolia, and Xianjiang in China

We are witnessing massive escalation around the climate at 1.2 global warming, and we continue to release more and more emissions. The risk of crossing tipping points, which will worsen consequences rapidly, is already happening at scale now. We are not dealing with a linear step-by-step process here. We are looking at exponential change and we must get ready.

Take care of yourself, your family and your community. Pay attention to the challenges where you’re living and make the best decisions you can. I know it’s not pleasant, but we have to pay attention, at least to where we’re living. Everywhere is different, impacts will be different, and there are massive unknowns.

As an example, if the Amazon dries out and becomes a savannah, it will change global precipitation patterns – how and where rain falls, tropical storms, and more will alter dramatically. We don’t even know what that will look like and seriously, I doubt we want to know. It will change everything.

If you’re lucky, let’s remember to take care of those who do not have the same privilege as we do, but are also not responsible for where we are right now. We must get our heads around how we do this and push for it to happen – new refugees cities and more.

As the Times article I referenced earlier concluded with: we must try. We must try to take care of humanity and that is on all of us.

Don’t let politicians tell you otherwise either. Anyone not working towards collective success in the face of the biggest crisis humanity has ever faced, should not be in power anymore.

We face a dystopian future, or a future of unity – and the path of unity is my preference. No doubt it won’t be perfect, but right now, we’re on the wrong path, and that frightens me more than anything. The ONLY way to succeed is to come together and do it together, which includes facing the bad times together. Governments can’t protect us from that and any government who promises it is deluded. They can’t, because they missed the deadline about 20-30 years ago!

My friends, we must come together, raise our voices and do everything we can to ensure our children do not experience massive suffering. As one scientist said: a child born today will have a life expectancy of 30-40 years and the majority of that life will be miserable. We can’t do that, can we?

If you really want to get on top of what is going on, please spend the time reading and watching the content below. My third year of climate change content is here too.

Where We’ll End Up Living as the Planet Burns

The century of climate migration: why we need to plan for the great upheaval

The Big Thaw: How Russia Could Dominate a Warming World

As Climate Fears Mount, Some in U.S. Are Deciding to Relocate

What ‘Triple Dip’ La Nina Means for Weather in Your Area (bloomberg.com) important one

Is Your Home At Risk From Wildfire? Check These Maps.

OCEAN AT THE DOOR

We broke down what climate change will do, region by region

The west is ignoring Pakistan’s super-floods. Heed this warning: tomorrow it will be you

Welcome to a new age of food insecurity

Why the conversation about climate change and migration needs to change

Fast-warming, ailing Med Sea may be a sign of things to come

Megadrought in the American south-west: a climate disaster unseen in 1,200 years

Climate Change Is on Track to Wipe Out Most Ocean Life

Acceleration of the climate crisis

‘Soon the world will be unrecognisable’: is it still possible to prevent total climate meltdown?

Images of Change – Climate Change: Vital Signs of the Planet

‘All I can think about is the sun’: How workers are coping with California’s heat wave

China’s supply chain is melting in extreme heat. Whose will be next?

Global heating has caused ‘shocking’ changes in forests across the Americas, studies find

More Than 75% of the World Could Face Drought by 2050, UN Report Warns

Glaciers, the Arctic and Antarctica

Antarctic Glaciers Are Melting Away at the Fastest Rate in 5,500 Years

Slap yourself and pay attention: The Doomsday Glacier is a global risk

‘Doomsday glacier,’ which could raise sea level by several feet, is holding on ‘by its fingernails,’ scientists say

What Antarctica’s Disintegration Asks of Us

Going Under: 200,000 homes and businesses at risk of rising sea levels

Nepal to move Everest base camp from melting glacier

CBA mortgages worth $31b exposed to extreme weather event risks

Their Home Survived The Camp Fire — But Their Insurance Did Not

Articles worth a read

Fascism Is Spreading — And It’s a Sign of Civilizational Collapse

Pace of Climate Change Sends Economist Back to Drawing Board

Three environment resources to help navigate this challenging territory. 1. Knowledge, constantly updating. 2. Individual action and awareness, so we do our part. 3. Resources for those struggling with eco-anxiety. Please share with your community.

Uncommon Courage is an invitation to be your courageous best self every day. It’s also an antidote to the overwhelm, fear, and rage rolling around the world. But it’s more than a book; it’s an invitation to join an inclusive community that wants to better understand humanities challenges – both global and personal – in order to take courageous action and create a better world for everyone. If Covid19 has given us the time and space to reflect, Uncommon Courage gives us the nudge we need to create lasting change.

Better yet, order it from your local bookstore, so you can #SupportLocal.

Check out The Know Show. It’s a weekly wrap up of the news!

A fortnightly conversation on issues that matter to you and I, focusing on the actions we can all take.

Listed by Book Authority in the 100 Best LinkedIn Books of All Time and 22 Best New LinkedIn eBooks To Read In 2021 and 2022 categories. Grab it today if you want to take your professional presence to the next level! When it comes to LinkedIn, it really is time to ask — can you really afford not to have this book in the hands of every employee?

Have I done a great job for you? Can you write a reference on my LinkedIn profile or on my Google Business page? If not for me, why not write one for someone else who inspires you or has helped you? Join the #GivingEconomy.