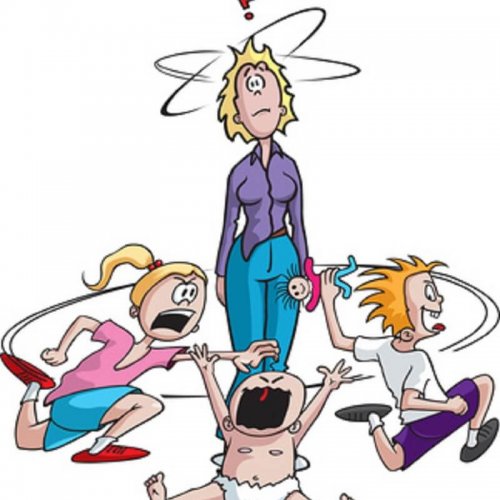 I haven’t made too many friends these past 12 months in Noosa, which is fine, but there’s a family up the street that have been awesome during our time here. We adore them, especially the 10 year old daughter, Ebony. She has kept me sane here more than anyone else, especially with Steve away so much.

Anyways, Ebony’s step Dad, Michael, is a good guy, but in recent weeks I’ve discovered that he and I have some rather different ideas on things. For example, a couple of weeks ago he mentioned that he doesn’t believe women should be in powerful positions. Ah hum! He obviously doesn’t know me very well, because if he did, he would have fully appreciated the risk to his testicles with such a statement.Last night single mum’s came up in discussion and Michael said “single mum’s do great, they get about $1,000/ fortnight off the government.”

I mean, let’s think about this $1,000/fortnight. On average, I estimate that the average person would need to spend about $700-800/fortnight on rent – depending if you’re a city dweller or country girl of course. Once the rent is paid, there’s going to be between $200-300/fortnight left over for food, bills, car registration, petrol, clothes, necessities and maybe about $10 left for mum to enjoy herself a little. This does not take into account emergencies, like medical or dental, cars breaking down, or anything else that can jump up and bite you in the arse in any one month.

Another comment that seems to come up a lot since my return to Australia, is that there are more single mums because of the baby bonus. Now the baby bonus was a payout of $4,000 for every child born to Australians – it’s now paid out at $200/fortnight rather than a lump sum.

Obviously one of those population incentives as Aussies were getting under the two kids per couple quota, a situation faced by many countries in the world these days. However, the point is being argued that all the baby bonus is doing, apparently, is encouraging more single mummies. HELLO $4,000 hardly goes all that far, especially when they say it takes $1 million dollars to raise a child.

I appreciate that among certain demographics, say for example under educated young teenage girls, there’s a chance they might think cool – I mean $4,000 can seem like a lot to a young girl – imagine all the clothes, shoes and earrings you can get with that? But I hardly agree that the majority of single mums are motivated by a piddly amount of money when it comes to the big picture of raising children.

I honestly feel offended when people make disparaging remarks about women like that because women are not stupid thank you very much!

I suppose, rather than focusing on how ‘well off’ single mum’s are, I would rather more people with those opinions ask the question – what the fuck is going on in Australian society that is resulting in so many single mums and what does this mean for the future of Australian society? And where are the bloody Dads? I know there are a few good Dads out there, but really….

I’m so glad I’m not a single Mum. I could not have done this Mummyhood malarkey without Steve and I take my hat off to any woman raising children alone, whether it’s her choice or not. It’s intensely hard raising kids, whatever your circumstances, and single Mum’s need all the help they can get to ease their load and to help them raise well balanced kids that will contribute great things to our world.

In fact, all parents need this help and focus, because the future generation is all that matters. Let’s face it, while we’re wallowing away in nursing homes or dead, it’s these kids who will either make this world amazing, or they’ll follow humanities path and it’ll end up a polluted cesspool of shit.

Anyways, Michael is a great guy. He’s got a huge heart and he’ll do anything for anyone – so we do like and respect each other, he’s just got some funny ideas compared to my way of looking at things.

I mean let’s face it, women can do bloody anything they want to.

PrevPreviousShite Yarns – “Does My Bum Look Big in This?
NextMoving again…. how bloody hard is it?Next