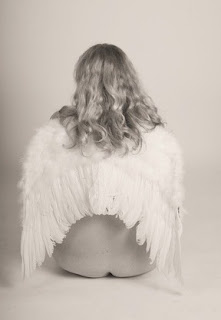 Well here’s something special, truly bizarre, and a little bit delicate, so be warned, it might not suit everyone’s taste to read about an activity involving the anus… You have been warned! My Kiwi mate Naomi mentioned a recent episode of the Kardashian sisters (I have no idea why they are still on TV but there you go – voyeurism I suppose) and apparently they got their anuses bleached. I immediately thought what? Sometimes I wonder if I’m really behind the times, because until this week, I’d never even heard of it. Click on the title for a link to a Marie Claire article on the topic.

Hydroquinone is used in whitening products all over the world, however its use is now banned in many countries because it is considered a carcinogen. Check out the skin cancers people are getting because of skin whitening products – especially in the poorer countries where the ethics of businesses providing these creams are not as good as in richer countries – although the US doesn’t rank too highly.

In case you didn’t know, hydroquinone is used in photo production. Most of us have been in the vicinity of photo production facilities – imagine putting something that smells like that on your bumhole? Hello!

I ain’t got a problem with people beautifying themselves. Get your boobs done if they make you unhappy, get unsightly things chopped from your body, a tummy tuck, do the botox thing if you really need to… but this? Something that can kill you or make you very very sick? Because it’s a bumhole people.

After the Kardashian sisters’ did their thing on anul bleaching, I saw lots of comments on one of their sites asking the girls for recommendations on creams to use. People are really getting into it. It is shows like this with a strong following and influence, that need to start appreciating they have a responsibility by not encourage potentially lethal cosmetic activities. I mean shouldn’t they? Am I being too extreme here? Maybe a bit sanctimonious?

Check out the comments beneath the article (on a different story – one of them bikini-waxed the other and she’s talking about her puffy vagina – nice!) and you’ll see what I mean. What demographic follows these women? Frightening.

I am often stupefied by what people are willing to do to their bodies to be “beautiful.” If people spent as much time working on their insides as they did on their outsides, the world would be a much better place – I reckon anyway.