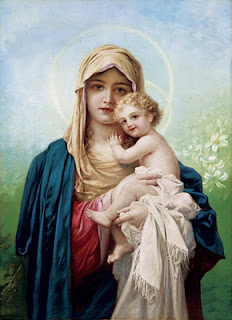 I spend a lot of time wondering why I was gifted with two magnificent children. I look around at other Mums and in many aspects, I am lacking. Take these last two days. I decided it was my turn to participate in the school activities leading up to Christmas. First up yesterday it was Jax’s turn for a bit of carol singing – no problem. Then as I got in the car to make the dash to school, I ripped the inside of my linen trousers and had to spend an hour sitting on the floor making sure no one saw my snatch. At least I participated in “She’ll be Coming Round the Mountain” with some gusto – yes I know, not exactly Christmassy. However, the bit of the memo I missed was that we were supposed to take a plate, so while everyone else turned up with beautifully decorated cupcakes, fruit on sticks and gourmet sandwiches, scabby old crotch-less me turned up empty handed.
Today it was Lex’s turn and we were going to build a gingerbread house. All the Mum’s and Dad’s were outside waiting, sharing the usual awkward small talk that happens when people don’t really know each other that well – yet. Then the kids were dispatched from their classroom, but I noticed that all of them were carrying plastic bags. So I asked Miss Lucy – Lex’s adorable teacher – if he had one. She looked at me and said “it was in the memo – you were supposed to bring all you needed to build the house.” Awesome…. it seems I’ve missed another memo, so what should we do?
I was directed to an art section under the stairs, grabbed a bunch of recycled stuff, and raced back for the exercise. We were sharing a table with the love of Lex’s life, Alice and her Mum Charlotte – who does enjoy this sort of stuff. It was very pleasant, and because Alice loves her arts and crafts, she was very enthusiastically building a tower-like structure, decorated in lovely ribbons and buttons. I sat there with my son, who is so much like me it’s scary, and thought what the bloody hell am I going to build, because Lex certainly isn’t going to help? I could feel the anxiety brewing, like I was back in the classroom many years ago, required to participate in art exercises – something I HATED! And Lex is definitely taking after his mother in this regard.
So we did what we could. I started by painting a box red (Lex’s favourite colour), stuck it on a flat piece of cardboard, and the highlight of the proceedings – we added a vertical green wall to appeal to Steve’s engineering background. Not that I could get the bloody thing engineered in a way that it stayed upright of course. At this point, Lex decided we needed grass for the green wall – see he’s smart if not artistic. He headed off, and while I was fussing around with the box (the sweat starting to pour from my brow), he started hacking big palm leaves off a plant in a pot. I didn’t really notice when he brought back a bunch of branches, and then sat down happily cutting off every individual leaf. When that lot was done, he ran and got some more leaves to cut up. There wasn’t much left of the poor plant in the end – sorry!
Jax had joined us by this point, because my children cannot accept the other getting attention from Mummy without getting in on the action. Jax decided to paint the green wall – he’s definitely more artistic in that way – and within about a 20 minute window, we had a humungous pile of leaves, all completely covered in paint, there was glue everywhere, and my Coach bag and shoes had gone from black to an assortment of primary colours.
Suffice to say, it was a bloody mess, the house looked like something from Hell, and rather than go back and join the Christmas carols, we had to stay and clean up the carnage left by my two lads. It’s just not me this arts and crafts stuff. I know I’m creative in lots of ways, but painting, cutting, building, etc…. no no no.
Steve thinks it’s hilarious of course, but he doesn’t appreciate how much I wished just a little bit of me was capable of doing this sort of stuff with the boys. With all that said, if we’d just read both memos, I would have been off to a much better start in both activities, but memos seem to get sucked into our house, never to be seen again…
Please tell me I’m not the only parent crap at this stuff – please???
Yours, without the bollocks

5 thoughts on “A Disastrous Mother”