Violence Against Women – When Will it End?

It feels like almost every day we are hearing horrific stories about violence towards women, but there is something much worse than the actual violence committed in my opinion – the people who witness it and do nothing. I’m not a do-nothing-kind-of-girl, and even though it is a different case, when we found out our son Lex was being physically abused by his teacher, I didn’t feel angry towards the lady who did it. If anything I felt very sad for her. My anger was squarely directed towards the other teachers who had witnessed this abuse towards many children over a seven year period! Why don’t people act? Why do they protect themselves when someone who can’t stand up for themselves is in need? Why, why, why? 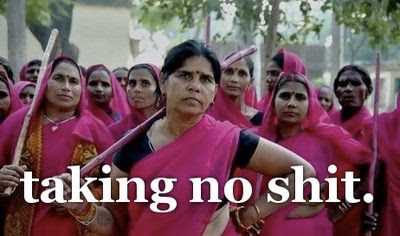 I don’t understand it, because many times I have stepped in on a violent situation, even when I knew I was putting myself in danger. I can’t help it; because I’d rather have the shit kicked out of me, or be killed, than feel the shame of not doing anything.  I didn’t step in once, because it seemed like some serious drugs were involved, however the shame of not doing something to protect that woman ate away at me for a long time. I’m not claiming sainthood here; it’s just who I am – standing up for people not able to do it themselves. Sometimes I feel disappointed when I do it. Many years ago my sister and I jumped in between a bloke who was beating a woman. When he left, she ran after him… fuck it!
In recent months the world has been horrified by the gangrape/murder in India. I feel heartbroken for that girl, her family and everyone involved. It was disgusting human cruelty and it makes me sick. But what also made me sick about that situation is no one helped her for an hour afterwards. She was lying naked on the road, bleeding to death, and no one lifted a finger. Then another gang rapeon a bus in India a couple of weeks later – at least action has been taken. But there have been more as well, including a woman raped and hung by her sari. But it’s not just India. Here’s a story from China (it’s not nice viewing) where onlookers did nothing when a man beat a woman on the street. Thirty people witnessed it and did nothing.
But if the world thinks it’s only the developing nations who get up to this shit, we then have the rape in Ohio. This article is a good comparison between the brutal gang rape in India and this equally brutal gang rape in America. Then again, watch this disturbing video where a football player laughs at what was happening to her – oh so bloody funny. There’s a turd whose honour is worth protecting – not.
This town in Ohio is making out it was the 16 year old girls fault for being raped and it’s all about protecting the football team. Come-fucking-on – what sort of world are we living in? Are the parents not completely disgusted by their sons? Apparently not, because their future, as well as the future of the football program, is far more important than this young girl. Don’t they have daughters in this town? I just hope she gets the hell out of there, because in many people’s eyes, they will always see her as a slut – a word I never use. Can’t a teenage girl get drunk these days without being raped and urinated on? What fine, outstanding pillars of society this community is raising. But don’t worry boys; the community has got your back because it’s OK to do this to a girl – as long as you’re good at sports. Terrific message huh?
On Mamamia – an Australian site I follow, but couldn’t get access to this article today (?) – they posed a comment that deeply resonated with me:
With the way society views rape these days, it appears “that it’s a woman’s responsibility to not get raped, rather than a man’s responsibility to not rape.” So girls, once again, it’s our own stupid fault.
As you can probably tell, it makes me bloody sick and it’s time for change. The first change is all of us saying e-fucken-nough! The second change is for no one to stand around and do nothing, or better yet, make that a criminal offence, although I believe we should be driven to act in people’s defence by our soul, not because of a legal requirement. The third change we need to address is the societal bollocks that makes men think it’s even OK to do this – and the case in Ohio is testament to this reality. It’s not OK, ever, to be violent towards any woman, for any reason. And having a vagina does not make the woman responsible.
It’s not right, it really isn’t. I don’t believe all men are rapists and I know that the vast majority of men are bloody lovely blokes, but I am feeling outraged right now. I’ve had enough of hearing these brutal stories and I’m even more pissed off by the apathy of those standing witness and doing fuck all.
At least I know I’m raising two boys who’ll stand up and be counted. Their Dad will make sure of it.
Yours, without the bollocks
Andrea
PS: The image above has been circulated on Facebook recently with these words. I can’t give credit, because I don’t know where it originated, but when all else fails, good to know the ladies in pink have got your back…
“The Gulabi gang (from Hindi gulabi, “pink”, transln. “pink gang”) is a group of women vigilantes and activists… originally from Banda in Bundelkhand district, Uttar Pradesh, India, but reported to be active across North India as of 2010. It is named after the pink saris worn by its members.

The gang was founded in 2006 by Sampat Pal Devi, a mother of five and former government health worker (and a former child bride), as a response to widespread domestic abuse and other violence against women. Gulabis visit abusive husbands and beat them up with laathis (bamboo sticks) unless they stop abusing their wives. In 2008, they stormed an electricity office in Banda district and forced officials to turn back the power they had cut in order to extract bribes. They have also stopped child marriages and protested dowry and female illiteracy.”