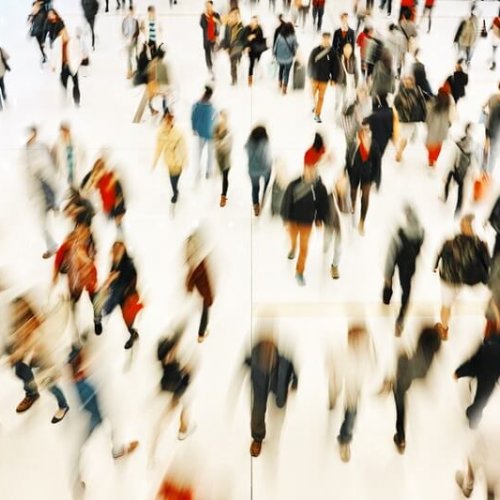 I have absolutely no idea how many planes I’ve been on or how many countries I’ve been to, all I know is that in both cases, it has been a lot. I love the world, I just love it! Every where I’ve been has equal amounts of fascination, horror, weird experiences, adventure and fun – I wouldn’t be settled in suburbia for all the tea in China, it’s just not me and I’m really cool with that. Fortunately I married a man who feels the same, and our boys are going to have to suffer our wander lust until they get old enough to decide if they want to continue.Unfortunately, in order to satisfy my passion for travel, I have to deal with airports, and I have to say, if anything can bring the dickhead out in anyone, it is airports. Big huge dickheads abound in every single airport on the planet and the experience will always amaze me. You’d think I’d “be over it” by now, but no, I never have and to be honest, I don’t want to. What more fascinating perspective on humans can you get than watch them go through “the airport experience?”

So where does one even begin to talk about all of the stupid shit that goes on in airports?

Obviously you’ve got the folks who turn up four hours before a flight – just in case – and it’s these same people who are at the gate two hours before their flight takes off. If you saw these folks before they left home, they’ve probably spent up to six hours making sure every piece of luggage has a baggage tag on it ‘cos things do get lost or worse, they’ve spent hours wrapping their case in cling film because they don’t want someone planting drugs in their case now do they? I mean it did happen to Schapelle Corby.

Then you’ve got the folks who abuse the check in staff, because they want and demand a window seat, when if they just went online in advance they could have selected their seat well in advance. These are the same people who book their tickets through a travel agent – STILL!

I should also mention that abusing the check-in staff is highly dangerous, because 1. they don’t work for the airline (they work for the airport corporation) and 2. How could anyone be that much of a dickhead to abuse someone with the power of seat placement? I mean you will end up seated near babies and the toilet and the kitchen and the fat over sized bastard, because you certainly deserve it for being a dickhead being rude to anyone.

Fashion is an amazing part of travel, and apart from the morons wearing their neck pillows around the airports or those wearing face masks to make sure they don’t get diseases, you get the middle aged overweight tourists in their leisure suits, the sexy traveler in the loose pants/socks & sandal combo, the wanker wearing their “flight socks” off the plane, an assortment of bum/fanny bags / neck wallets that scream “STEAL ME”, the NOT frequent flyers who think dressing up will get them upgraded (but they never do), the sexy girls in their stilettos with thongs hanging over the top of tight jeans (who must end up with yeast infections + are unable to put said stilettos back on due to feet swelling on board), the linen wearers who look a shambles by the end, and a whole host of magnificent outfits. I do appreciate the spectrum of travel – and maybe it’s this diverse spectrum of society that travel attracts which makes it so interesting for me?

Moving on, once through immigration – something that is hideous in many countries and a pleasurable process in others (Australia is SHIT, Singapore is AMAZING, Europe is bollocks, US is challenging, China is horrendous, Malaysia has its good and bad days, Thailand depends on where you land, Hong Kong is pretty good, Central America is a joke, etc….), you face the airport shenanigans.

Of course, you get the frumpy people who’ve already been on a plane for 10 hours who smell of BO and farts, the crazy dudes wearing the crazy hats they picked up on their holiday of a lifetime, the gangs of tour groups rampaging through duty free, the Japanese snapping up their IT goods, the duty free sales people working badly for their commissions (PS my tip, don’t get shitty, make them work for you), and every now and again you get the religious tour groups – fascinating.

The Pope’s trip to Australia a couple of years back was amazing for that. Youth from all over the world flew to Australia for this festival and they all camped out for days in fields. As a result, every single one of them was unwashed and stunk, so if you travelled during this time, airports all over the world were full of stinking youth returning from this fun fest. Steve travelled then and it wasn’t pleasant.

Of course, another highlight is the toilets. Loh and behold if you need to go to the toilet at an airport. It doesn’t matter how clean the airport is, flying makes people nervous, and nervous people have intense bowel activity, so it is never ever nice going to the toilet before a flight. It’s not just the smell – although that is bad – it’s the symphony of sound you experience….

Getting on the plane is always fun. The announcement is made – “the plane is now ready to board for people with small children, for those with a disability, and for the elderly needing assistance” and with that you feel a mild wind storm as everyone rushes to board. Hello, the plane ain’t going anywhere until everyone is on board, so what’s the rush?

Naturally, there is a need for overhead storage space, and the later you board the less chance there’ll be any left, so I suggest taking a minimal amount on board which you can then stuff under your chair. You can then enjoy the peace of the airport for longer, or the free flow champagne in the lounge if you’re a lucky boy or girl. I love airport lounges.

Once on board, we all sit down, eat crap food, many drink too much (which I have been guilty of), people sleep and snore, and a large percentage of the passengers can’t stop farting – which isn’t strange considering the poxy food we have to eat – fish or chicken for you?

The departure from the aircraft is equally mesmerizing, immediately after the plane lands, everyone turns on their mobile phones because they are desperate to get “reengaged” with the world. PLEASE PLEASE don’t make it possible to use mobiles on planes – I love the peace of no phones PLEASE. And then it’s time to leave as everyone pushes and shoves to get the hell off. There is no courtesy for anyone at this point, although I have to say, the need to escape the pooh dust is strong in most of us, so this I do understand.

However, if you are sick of sitting in everyone else’s farts and want to get your own back, I can recommend a nice curry the night before you get on a plane – it is enormously satisfying for those who enjoy this sort of thing…. i.e. the childish amongst us.

Once the rush through immigration is over (and please, no gags about bombs – airport staff do not have a sense of humour when it comes to this), we get to the baggage carousel, and I love this. You know, if everyone stepped back about five feet from the carousel, everyone would have the space to see if there bag was coming, and it would be easy to remove your case when it arrives.

Instead, everyone clusters right up to the edge, and when your bag comes along, you’ve got to push through, grab your bag as it’s ripping past, or worse, miss it and go around the other side, and often you’ll bash about five people with your case as you try to get it to your cart. Step away people, it benefits everyone.

The finale at an airport for me is the greeting hall. Most of the time I don’t have anyone there to meet me, so I just want to get through, jump in a cab and head to the hotel or where ever I’m staying. But often there are long lost loves greeting each other, and while it’s lovely, get the fuck out of my way and do it off to the side, not smack bang in the middle of the aisle where hundreds of people are trying to get through OK?

I don’t know what it is, but airports make people stupid, selfish, completely unaware of others, nervous, desperate, excited, and they make people behave like dickheads. I honestly don’t know why, but it continues to fascinate and entertain me. Better than being miserable about it I suppose…

Any super dickhead experiences you’ve had that you’re willing to share?