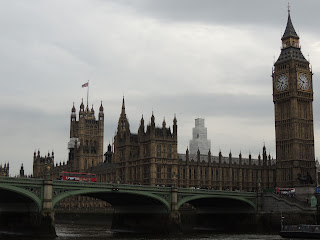 When I launched my personal “Fuck it Enough” crusade back on the 1st Jan 2013, one of my core goals was to join the traditional workforce again, as opposed to working for myself. This decision was made after a lot of navel gazing led to the recognition I needed to be around really smart and inspiring people again, as well as to spend less time in the company of my own mind. I’ve done plenty of time in my head and it ain’t always pretty. With the decision made, the power of the universe seemed to go into overdrive and within weeks, I was offered a cracking position and had to start straight away. PANIC!

It’s been two months since then, and to say this change has been a total spin out is an understatement. From the little stuff of getting my life sorted so I can get out the door on time, all the way to the big stuff like dealing with the boys’ emotions now that Mummy isn’t around so much, well let’s just say, it’s been an intense transition and sometimes not easy. I expected that, but then, I never do anything by halves.
So amidst the early spin out, I realized I needed a confirmation – something that would ensure I was completely sold on my decision this was the right thing for everyone – but most of all for myself. And with that in mind, I went to London last week – my longest time away from the boys since they were born – to attend the global communications summit for my company.
It achieved my goal 100 percent and I have to say, it was completely inspiring and motivating. I’m not the sort of person who can work for any old company, I need to believe in what it’s doing. I walked away a believer. It was also awesome to understand my place within the global context, and to meet all of the people I work with every day (who, prior to this, were just names on emails), as well as those I don’t work with directly in countries near and far, with all of us contributing to the bigger picture.
Personally it was also fantastic. Working for yourself leaves you with limited external inputs and my biggest fan these last few years has been my husband – he’s a sweetheart. But last week, I was amongst more than 200 people, all working in the communications business, all of like mind (extrovert is a common trait in the comms business), and we worked hard together during the day and then partied like rock stars into the night. I can’t think of the last time I partied like a rock star…
It was a lot of lot of fun and I have so many funny memories of this week, including a drunken gaggle of us hanging out in the Savoy (we brought the tone down considerably) after a dinner cruise on the Thames, dinner with my North Asian colleagues – some of the smartest and funniest people I’ve ever met, Liana from Armenia screaming to the world: “Andrea (roll the r please) you are the only person who can say fuck and it sounds so sweet” – nice, as well as singing Broadway songs in the freezing cold rain on the streets of Soho with my Eastern European and North African colleagues from 3-5am – Liana a feature again. My voice is still recovering from that. 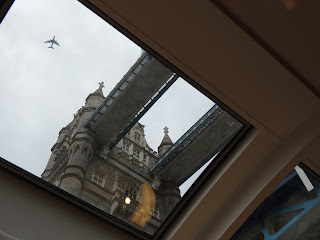 It was too much FUN and I’ve returned to Singapore, bruised and battered from my excesses, to be welcomed into the loving arms of my three lads (although my big lad pissed off an hour after I landed to fly to KL agggh! Recovery has been brutal) and I’m back in the office raring to go and eager to contribute to the story.
So my goal for the week was achieved, but more importantly, my bigger desire of changing my stars significantly has also been achieved. It’s not easy managing everything within the mix of my new life, and sometimes it’s just bloody hard, but it’s great to be part of something much bigger than myself and it’s equally great to tap into my intellect and creativity in a much more powerful way. I needed that and didn’t realize how much I was missing it until I found it again.
I know a lot of people don’t like doing too much change – let’s be honest, it scares the shit out of most people – including me sometimes. However, I often wonder if I like change too much, but seriously, it’s not that. I’ve been searching for something, and that is the need to be excited and inspired by what I’m doing, and if I am, I’m in. If I’m not, I will change.
I just can’t become a miserable old bag disappointed by life. Nutty bag yes, bitter bag no.
I really do believe that focusing on being the best You you can be, in whatever field you are in, is a big part of ensuring the nutty bag will win in the end.
So after making lots of decisions that made life challenging in recent years, it feels great to have made a really good decision.
Yours, without the bollocks
Andrea