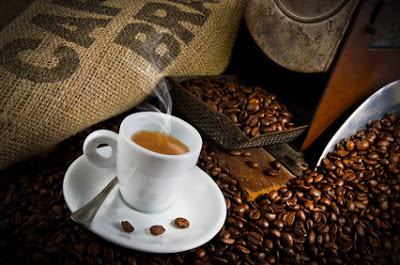 I had a meeting at the Grand Copthorne Hotel this morning and ordered my usual Latte with an extra shot of coffee – because I prefer my coffee to taste like coffee rather than coffee flavoured milk. A challenge in Singapore, but it’s getting better. Anyway, I’m in a five star hotel and as such, a cup is going to set you back $7 minimum, so imagine my surprise when my first sip unveils the use of UHT milk. Hello, this is a five star hotel – you can’t afford fresh milk?

I bloody HATE UHT milk.  The first time I ever had it was in 1992, when on my very first morning in Cairo sitting down for breakfast, I was given a little sachet of UHT milk to go in my tea. Having no prior experience with UHT milk, I added it to my cup and couldn’t believe how awful it tasted. Very quickly tea was off the menu in Egypt. In fact, bottled water was also off the menu, because it tasted like something had died in it. Somehow I spent two months backpacking through Egypt, Israel and Jordan sustaining myself on Fanta. I honestly don’t know how I didn’t get extremely dehydrated during that trip!

Since moving to Singapore (a long time ago now), I have regularly come across the use of UHT milk in various drinks. The New Zealand Ice Creamery uses it in its milkshakes – so my boys never get a milkshake there – and it is used in coffee in too many places to count – thankfully Starbucks uses fresh milk, even if the coffee is weak. But I bloody despise it. It’s horrible horrible chemical shitty flavoured stuff, and in a place where fresh milk is available in abundance, I just don’t know why they think it’s OK to add it to drinks?

I’ve got to wonder if the people making the coffee never drink it so they just don’t know how bad it is? So I have to beg the baristas to stand up for us consumers and insist that your employers provide fresh milk for coffee and tea – it’s not much to ask is it? Really I just want a decent cup of coffee – that’s all.

Does anyone else have a strong reaction to UHT milk or am I alone here?