And I reckon we’ve got some honouring to do. I was reading Mamamia’s post and they recognised a lot of the women who should be honoured, except the great Egyptian women are Hatshepsut and Nefertiti – then again, Nefertiti was a bit weird. She was, however, a key part in the early global movement towards a single God – whether that’s a good or a bad thing is another discussion – it’s a significant contribution none-the-less. Hatshepsut was amazing and the only Egyptian Queen (or Pharaoh) in her own right, she is also the only female with a tomb near (not in) the Valley of the Kings. Quite an achievement back in those days. Cleopatra should be third in my view… 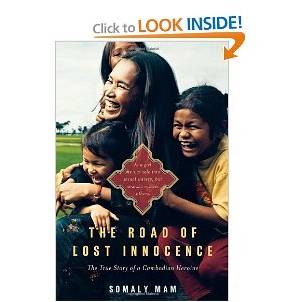 Somaly Mam is also honoured because she is amazing, but so should all of the amazing men and women who are working to stop the scourge of sexual slavery in our world. Please read Somaly’s book if you haven’t yet. It’s one of the most brutal but important biographies ever written.
There are many great leaders, politicians, activists, actors, writers, poets, intellectuals, inventors, fashion designers, rock stars and more on the list, all of which I agree with (except Lisa Simpson?), but there are many missing (forgive any duplication)… Emmeline Pankhurst (an early Suffragette) and her girls, Catherine of Sienna, Eva Peron, Catherine the Great, Isabelle I of Spain, Mary Queen of Scotts, Elizabeth the First, Golda Meir, Mary Magdalene, Eleanor Roosevelt, Marie Curie, Maude Gonne McBride, Billie Holiday, Anais Nin, Diana Ross for breaking the rules, Suzie Q for rocking it, Joan Jett, Blondie, Gloria Steinman, Nina Simone, The GREAT Aretha Franklin, Janis Joplin, Yoko Ono, and the warrior Queen – Boadicea – although she’s only one of many Warrior Queens in history. We’ve got Tina Turner to honour, Madeline Albright and Condoleezza Rice. Helen Mirren, Fatimah bint Muhammad, Queen Vishpala, Queen Zenobia, Hua Mulan and Tomoe Gozen.
If you think Asia women have been held back – here’s a sampling of leaders and deputies in this region: Bangladesh – Sheikh Hasina and Khaleda Zia, Philippines – Gloria Macapagal-Arroyo and Corazon Aquino, Pakistan – Benazir Bhutto,  South Korea – Han Myeong-sook, Sri Lanka – Chandrika Bandaranaike Kumaratunga, Sirimavo Ratwatte Dias Bandaranaike, and Sirimavo Ratwatte Dias Bandaranaike (the first woman in the world to hold the office of Prime Minister), Indonesia – Megawati Sukarnoputri, India – Pratibha Patil and Indira Ghandi, Mongolia – Suhbaataryn Yanjmaa, and Tuvinian People’s Republic – Khertek Amyrbitovna Anchimaa-Toka.

I could go on and on and on all day adding amazing women throughout history to my list, but why is it important to honour these women? Because they give us dreams. They show us anything is possible. It doesn’t even matter if you like them or agree with their politics, or views or opinions or even what they did or do – they are inspiring because they changed something. I’ve been inspired by many women, but I’ve also never believed that being female made me any less – why would I? I was lucky where I was born. I had opportunities many women in this world can never dream of. In my home country of Australia and in many modern nations around the world, this day is about the continuing fight for equality – pay, justice, rights. In most other parts of the world, it’s about their very survival and as a result, the future of our world.

I wrote a blog about a book called “Half the Sky – How to Change the World,” by Nicholas D. Kristof and Sheryl Wudunn. This book sums up for me what it’s all about. If we make sure women have rights all over the world and access to what they need to flourish, then the world changes for the better for ALL of us. It’s that important, and that’s why I wanted to honour International Women’s Day – not for me, but for every single man, woman and child on this planet. It’s time for us all to come together in harmony at long last.
That’s what I reckon anyway.
Yours, without the bollocks